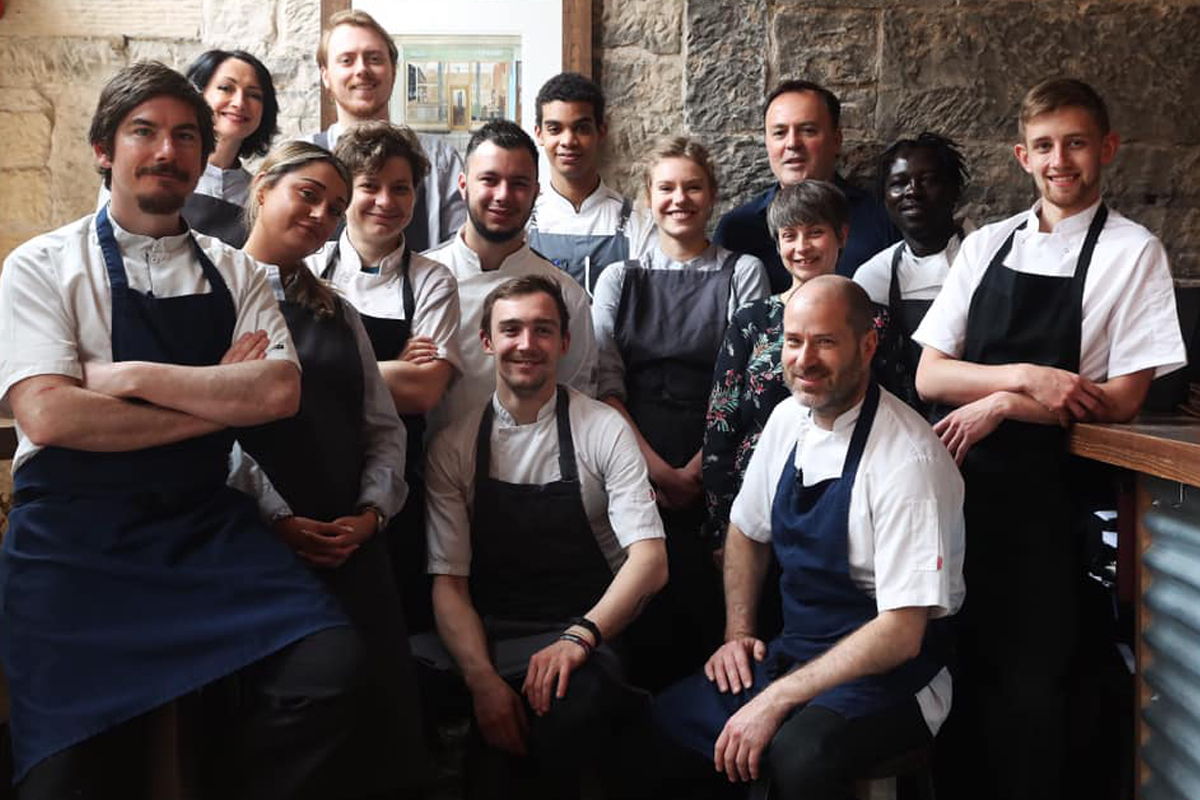 The venue – the first restaurant in the city to temporarily shut due to COVID-19 ahead of Boris Johnson’s announcement to close pubs, bars and restaurants on March 20 – has teamed up with the Young People’s Future Possilpark charity and Drumchapel Food Bank to deliver meals and supplies to the facilities three times a week.

Speaking to SLTN, The Gannet’s co-owner and chef, Peter McKenna, said: “When we closed the doors of the restaurant we didn’t know what was coming round the corner; we were the first restaurant in Glasgow to do it.

“We organised the initiative in the same week that everything was up in the air, we didn’t know if we were coming or going, whether our restaurant would still be here in a couple of months’ time, and our lives were in flux – helping others was the only thing we could do.

“Organising the food packages ourselves means we know exactly where the food is going as we wanted to make sure that the provisions we were making were going straight into the homes of families who are isolating and can’t get out and about.

“We hear it first-hand when we go up to Possillpark; they’re so thankful for what we’re doing and it spurs people on to help. I made a point of sending some of my chefs to go in the van and meet these people because it’s one thing standing in the kitchen and doing the work but you don’t know what it’s for. I think it’s important to see it first-hand.”

A raft of suppliers have donated food to the cause, according to McKenna, who said his team of chefs are turning ingredients into meals or leaving them in their whole form. The chef also launched a crowdfunding page to secure funds for the cost of production and delivery of the food packages.

McKenna said: “Braehead Foods gave us the van for deliveries; we got a whole pig from Ardunan Farm; Rapscallion Soda provided a crate of drinks; and Dunns Food & Drink and Fresh Direct have given us a fair bit of supplies too, so it’s been good that way. Celtic Football Club has also given us £1000 worth of produce through their foundation that we can order whenever we need it.

“But that can only get us so far – we need regular funding.”

Staff rotas are co-ordinated by McKenna and his management team to ensure the team is not at risk.

McKenna said: “We had people looking to volunteer from outside the restaurant and we might take on a couple down the line, but I wanted to have a system in place and a routine for working towards before bringing anyone else into the fold – it’s easier if we know everyone’s strengths and capabilities.

“We have a core of volunteers but we’re trying not to have too many people around the restaurant at any given moment so we’re down to a skeleton crew. I only want four around the place at once so two staff members in the kitchen and two up the front orchestrating it all. Our restaurant manager Kevin is driving the refrigerated van and our assistant manager is doing the drop-offs.

“We’ve stripped the service down to three days a week as I don’t want to put my family at risk or my staff. I don’t have the same staff coming in either, myself and Kevin are there every day but we share it out with the staff.

“In our line of work we look after people, we invite people into the restaurant, we cook for them and we make sure they’re happy. We just want to do that on a bigger scale now and make sure that people who aren’t able to look after themselves have something.”