THE Scottish Government’s announcement that it will give councils the power to regulate short-term lets has split opinion in the licensed trade, with the move welcomed by trade groups while some operators and licensing lawyers are less enthusiastic.

The government announced last month that it will introduce legislation that will allow local authorities to implement licensing regimes for short-term lets, such as those provided by Airbnb.

Willie Macleod, UK Hospitality’s executive director for Scotland, said: “Too many businesses have had an unfair advantage compared to hotels and other accommodation businesses, escaping business taxes and operating, sometimes, without important safeguards in place.

“We are pleased to see that these businesses will not be exempt from any tourist tax and we await further detail on how the proposed taxation of short-term lets will proceed and note the requirement for planning change of use for whole properties for short-term lets.”

SLTA managing director, Colin Wilkinson, said there is “now an urgent need for a registration/licensing system to be introduced to control the concentration and number of short-term lets in any given area”.

And SBPA senior advisor, Paul Togneri, said: “We believe these changes will help provide more of a level-playing for traditional businesses, like the great Scottish pub.”

However, the news exposed a split in the industry, with some arguing platforms such as Airbnb have helped increase footfall into Scotland’s bars, pubs and restaurants.

Writing for SLTN Jack Cummins of Hill Brown Licensing said short-term lets have “boosted tourism, extended the tourist season and provided a shot in the arm for  bars, cafés and restaurants”.

Ryan James, owner of the Two Fat Ladies restaurants in Glasgow and chair of the Glasgow Restaurants Association, said that although he sympathises with hoteliers, “if you’re looking to grow tourism numbers, like we are in Glasgow, then there’s got to be a whole plethora of opportunities to do that”.

“Every industry is going to go through restructure at the moment, and this happens to be the hotel one,” said James.

And James Nisbet, co-owner of Edinburgh bars group Kilderkin, said he was “all for” the Airbnb model.

“It helps the area,” said Nisbet. “There’s more people coming in and going to the bars and restaurants.”

Licensing lawyer Stephen McGowan of TLT warned that the introduction of new licensing systems could place a strain on authorities across the country. 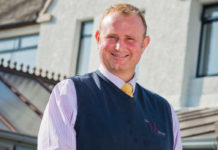 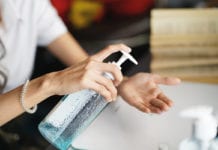 Coronavirus: STA says businesses are “falling between the gaps”