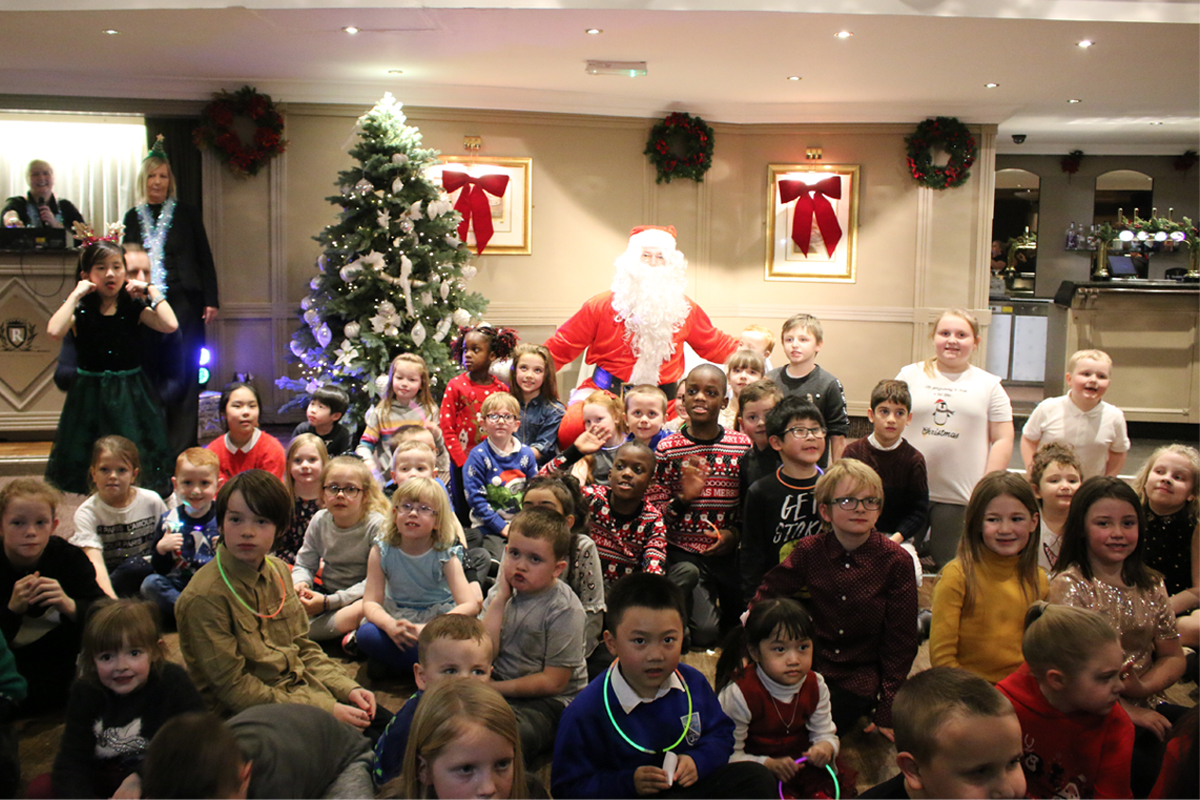 Two hundred pupils aged between five and ten from three primary schools – Cadder Primary School and St Cuthbert’s in Glasgow and St Margaret of Scotland in Cumbernauld – attended two festive gatherings at Manorview’s Redhurst Hotel in Giffnock, where they enjoyed ice-cream, games, a magician and a visit from Santa Claus.

Achieve More Scotland, the Glasgow-based charity which works with the primary schools, co-ordinated the events with the hotels group.

Manorview director Steve Graham said: “We’re very lucky to be in a position where we can make a difference, and it means a lot to us when our teams make this happen.

“We’re delighted we’ve grown our parties this year to include two parties and three schools. Seeing the smiles on children’s faces leaves an impression on us all.”

Robert McHarg, chief executive of Achieve More Scotland, said: “We’re very grateful to have the support of the Manorview Hotel Group. This was a fantastic event for some of our young people.”