Bars should offer customers a variety of drams and serves, say firms 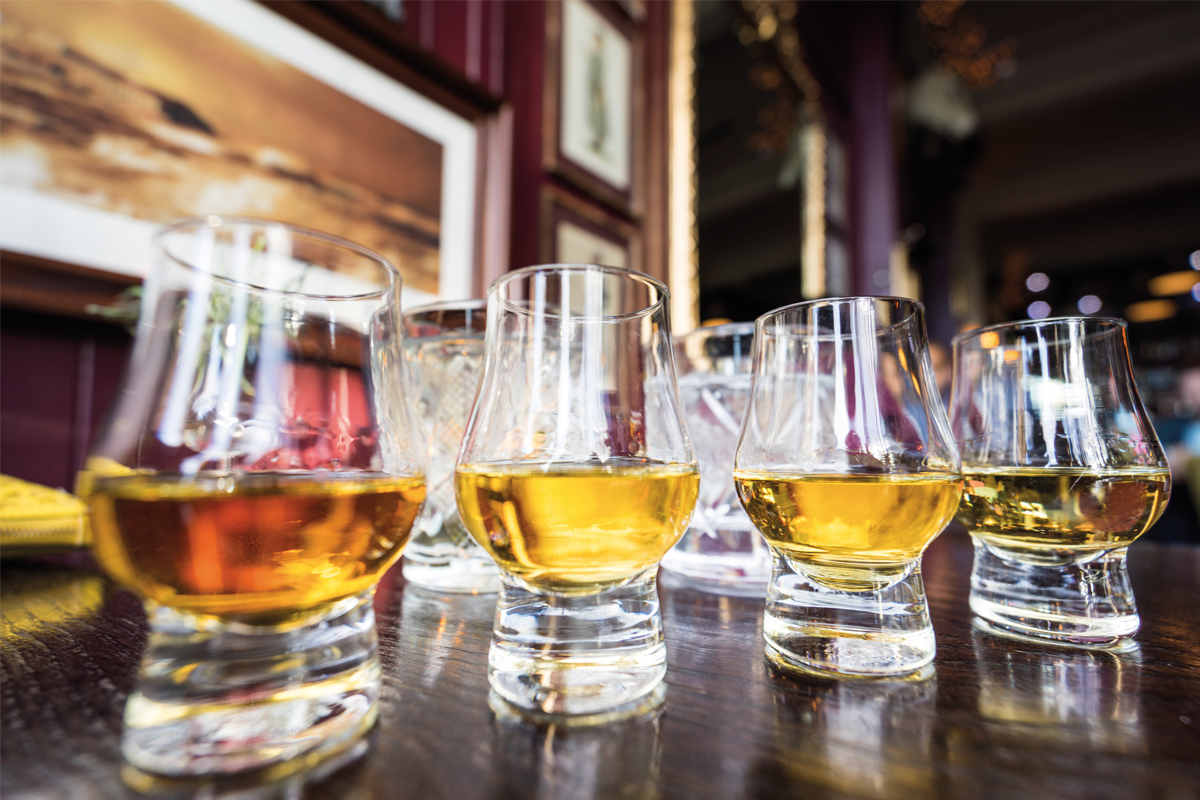 AS friends and colleagues catch up in the country’s licensed venues over the coming weeks, the bottles of the national spirit on the back-bar could begin to drain that bit faster.

And beyond the festive period, there’s a new year to prepare for, so what approach should operators take with their whisky range?

Drinks firms told SLTN that a varied Scotch selection, which covers all the key flavours and regions in the category served as drams or in cocktails can prove a hit not just in the weeks ahead but into 2020.

“At the busier times of year, especially over the festive season, when more people are out in the on-trade, offering a whisky to suit the mood or tastes of every consumer is really important,” said Joanne Motion, UK customer marketing manager at Ian Macleod Distillers, owner of single malts Glengoyne and Tamdhu.

“We recommend that outlets carry a range that covers geographic and flavour bases and that within that range there are different aged expressions.

“Having an entry level single malt is as important as offering more complex drams.

“It’s also important to have a strong list of whisky cocktails, there’s so many, in both long and short formats, and they provide a great opportunity to introduce people to the spirit.”

For licensees looking to appeal to both fledgling and seasoned whisky connoisseurs, Derek Scott, brand manager at Distell, the firm behind malts Bunnahabhain and Tobermory, said there were advantages to stocking a concise selection.

“Crafting your range around a mix of age expressions will help cater to all kinds of whisky drinkers – from new to seasoned,” he said. “Also, younger or non-age statements provide accessible luxury price points and are a great offering for whisky cocktails, which opens up another market too, for those not quite ready to commit to a neat serve just yet and who want to dip their toes in the water.

“Also, building and sticking to a tight range that covers various flavour-bases allows the opportunity to staff to build a confident expertise around the featured range, so they are better informed to guide consumers on what to pick.”

He said: “Creating a variety of choice for the consumer can encourage them to try new flavours, geographical styles and price points during the festivities.

“Offering a ‘Malt of the Month’ in bars can allow licensees to make a feature out of malt whisky during Christmas and Hogmanay.

“A small range of single malts highlighting different flavour profiles will show that there is something for everyone to enjoy.”

Some master blenders are all for the drams they help create finding their way into cocktails, while others are dead against it. However, if used properly, the spirit can make fine mixed drinks, suggested global ambassador for Bacardi Single Malts, Georgie Bell.

“Play around with their key flavours and make them shine – and then mix drinks that suit your [venue],” she said.

“If you’re in a super high volume [venue] then I wouldn’t recommend putting a Sazerac on your menu or a Whisky Flip, but instead a cocktail that can be made in advance and potentially pre-batched.”

He said: “As long as someone is drinking our national spirit, what does it matter?

“We make, in my opinion, the best whisky in the world, and so people should enjoy it however they please. I also have absolutely no problem with someone mixing very old whiskies. It’s their whisky, it’s up to them how they enjoy it.

“I think the oldest whisky I’ve mixed with was when a guest ordered a Rob Roy with a 30 year old Speyside. In previous years you may have found that some bartenders or whisky aficionados would have turned their noses up at the request but we are in a much more progressive market these days, which is great to see.”