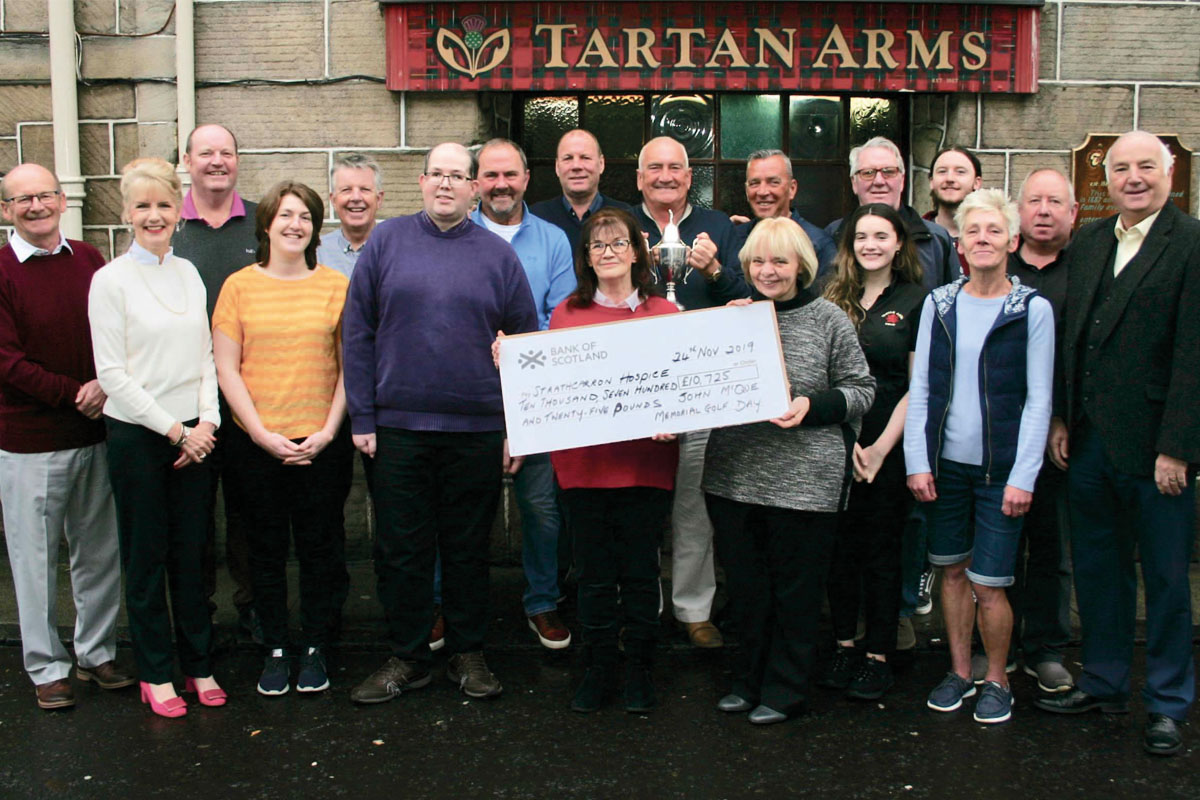 The event raised £10,750 for the Strathcarron Hospice, which provided end of life care for the former owner of the Tartan Arms & McQ’s, who passed away in May.

Longtime friends Davy Curley and Archie Mackay organised the tournament in which 22 teams of four competed.

Curley worked closely with McQue at the Tartan Arms & McQ’s, while Mackay, a retired journalist, had known him for 45 years.

Mackay said: “The charity golf day was instigated by Davy Curley and he was the real driving force behind it.

“John’s wife Linda gave us the blessing of herself and family and we set out to raise £5000.

“The support was incredible and reflected the love and affection that so many people had for John.”

Curley said McQue is  “sadly missed by an army of people”.