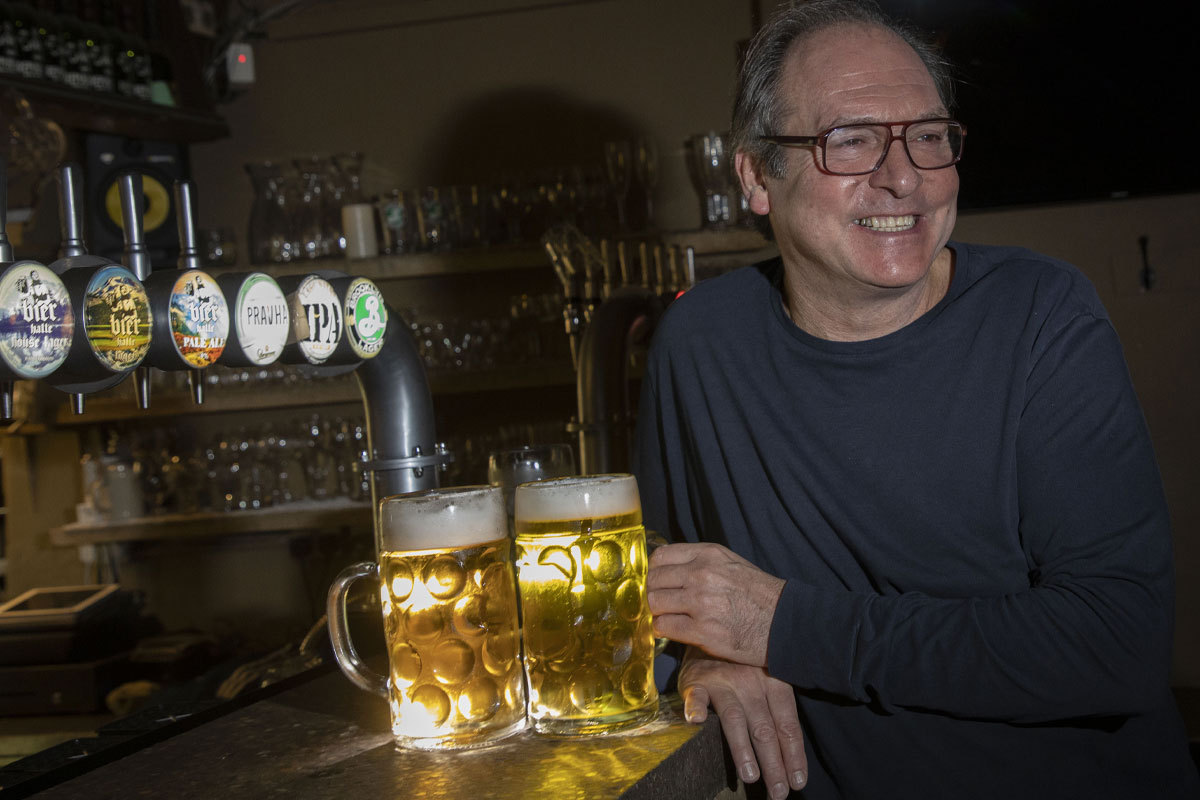 To mark the occasion the venue, which was founded in 1999 by veteran licensee Colin Barr,  is offering promotions on its five best-selling beers – Staropramen, Fürstenberg, Bierhalle Lager, Weihenstephan and Moretti – and its top ten most popular pizzas.

Prior to opening Bier Halle Barr ran venues across the city, including nightclubs Bennetts and The Tunnel and members’ club The Apartment.

He isn’t the only person to have poured blood, sweat and tears into Bier Halle.

His son Josh worked at the bar for more than a decade before opening his own venue in the city, The Locale, earlier this year, and eight staff members who have worked at Bier Halle for more than 15 years.

Barr said the 20-year anniversary was “a huge milestone for me and my family”.

“We were the first specialist beer and pizza venue in the city and it’s a true testament to the ethos of Bier Halle and the hard work of my team that we are still as popular today as we were 20 years ago,” said Barr.

“I’ve been a publican since I was 18 and I have seen the landscape of the food and drink industry change dramatically time and time again. But the formula of the Bier Halle has never changed: great beer, great pizza and brilliant customers is our recipe for success.”

Moskito lands back in Glasgow