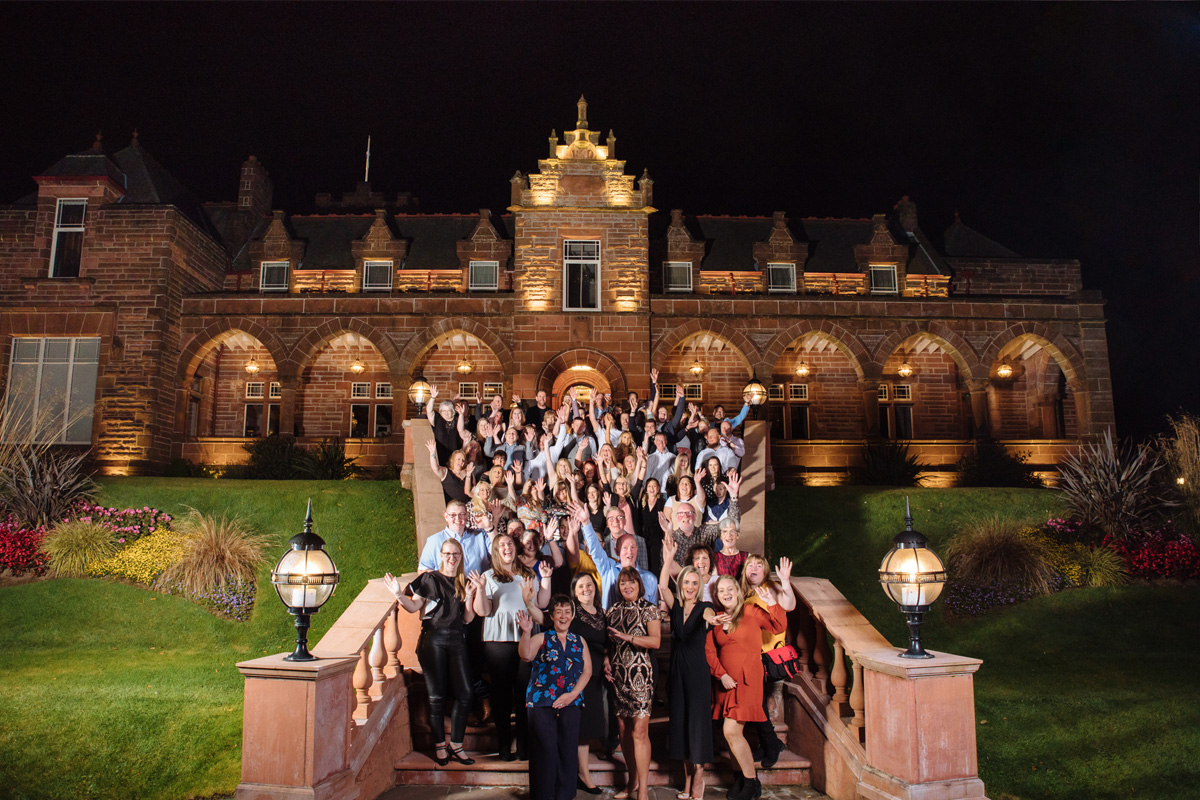 MANORVIEW Group has paid tribute to its long-serving staff, who have clocked up 900 years of service between them.

A night of celebration was held for employees who have been with the multiple operator for five years or more at the group’s Boclair House Hotel in Bearsden.

The evening of dinner, entertainment and dancing was hosted by Manorview’s founder and chairman, Steve Graham, with all 130 in attendance also receiving a thank you gift of a pamper spa day for two at the group’s Aura Spa at Bowfield Hotel & Country Club near Johnstone.

Formed with Graham’s purchase of The Commercial Hotel in Wishaw in 2007, the group now includes eight hotels, two pubs, two nightclubs and leisure club as well as its luxury spa – and provides employment to over 500 people.

Manorview Group’s managing director, David Tracey, said the company were looking to alter perceptions of careers in hospitality for the better.

“We promote the industry as a viable option with longevity,” he said. “We want to attract people to work with us and stay with us. Dedication and loyalty are just some of the values contained in our Manorview ethos, and nights like this show our appreciation and thanks to our people.”

Adele Montgomery, the Commercial Hotel’s GM, who was Manorview’s first employee in 2007 – and has worked in the trade for over thirty years – was in attendance on the night.

She said: “Hospitality is a great trade for young people which does have career opportunities. I’ve seen a lot of change, especially with the advent of social media, which is now an important part of our business.

“Some things don’t change though, such as how we’re a real community hub and always here for our customers. It’s a great industry to be part of.”