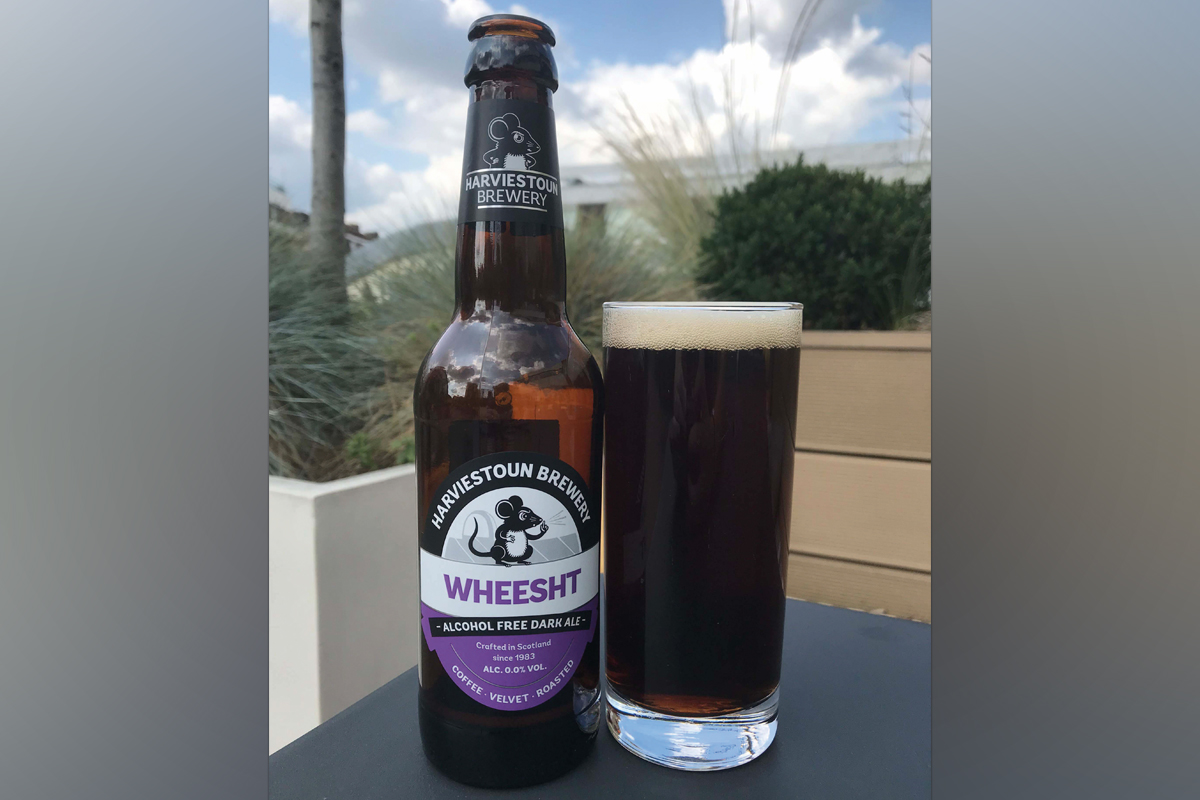 VETERAN Scottish brewery Harviestoun has launched what is said to be Scotland’s first alcohol-free dark ale.

Wheesht is described as a 0% ABV “dark ruby ale, complemented with aromas of chocolate, biscuit and dried fruit”. And it is said to offer “a smooth mouthfeel with a soft lingering bitterness”.

Amy Cockburn, head brewer at Harviestoun Brewery, said Wheesht was two years in the making and “has been a real challenge for the brew team as it is nothing like we have brewed before”.

“We wanted to create a no-alcohol beer that was full of flavour and aroma,” she said.

“It has taken us a while to perfect, but we are there. Roasted malt and oats create a really nice background that gives body and hints of sweet dried fruit. This is complemented by the fruity, spicy aromas of the hops.”

The 2.3% ABV beer is described by the brewery as a pale ale which is “lower ABV and full in flavour”.

It is said to offer “a subtle complexity with fruit, spicy, floral and malt characters, all rounded with a bitter aftertaste”.