A BOOMING summer season combined with a reduced pool of staff left operators in the Highlands and islands struggling to fill seasonal vacancies this year.

While an increase in the number of tourists visiting Scotland was welcomed, operators told SLTN that the growth in tourism means more needs to be done to attract and train people for hospitality jobs in rural areas.

George Callum, general manager of the Allangrange Arms Hotel in the Inverness-shire village of Munlochy, said recruiting staff for this summer season has been an “absolute nightmare”.

Jakub Bors, assistant general manager of the Skeabost House Hotel in Portree – which is part of a three-strong group on the Isle of Skye employing a total of 80 staff – said from July onwards it “was extremely difficult” to recruit staff.

“It was very difficult for us to cover the shifts,” he said.

“We had a GM doing housekeeping because there are no people.

“There are candidates, but they’re just not suitable to the roles they’re applying to.

“The demand is increasing, more staff are needed, but there is the same – or more likely, less – people to do the jobs.

“I’ve been here for five years now, so I can see a trend.”

Kieron Kelly, partner at The Prince’s House Hotel in Glenfinnan, said they managed to hire the right number of staff, but added that you “have to wait to find the right people”.

He also expressed concerns about the drop in the value of the pound and the uncertainty surrounding Brexit.

“We’ve basically had the Brexit sandwich – we had a difficult start in March (when the UK was due to leave the EU before it was postponed to October 31) and we’re going to have a difficult finish,” he said. 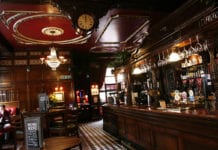