Gallowgate pub is the latest boon to the Barras 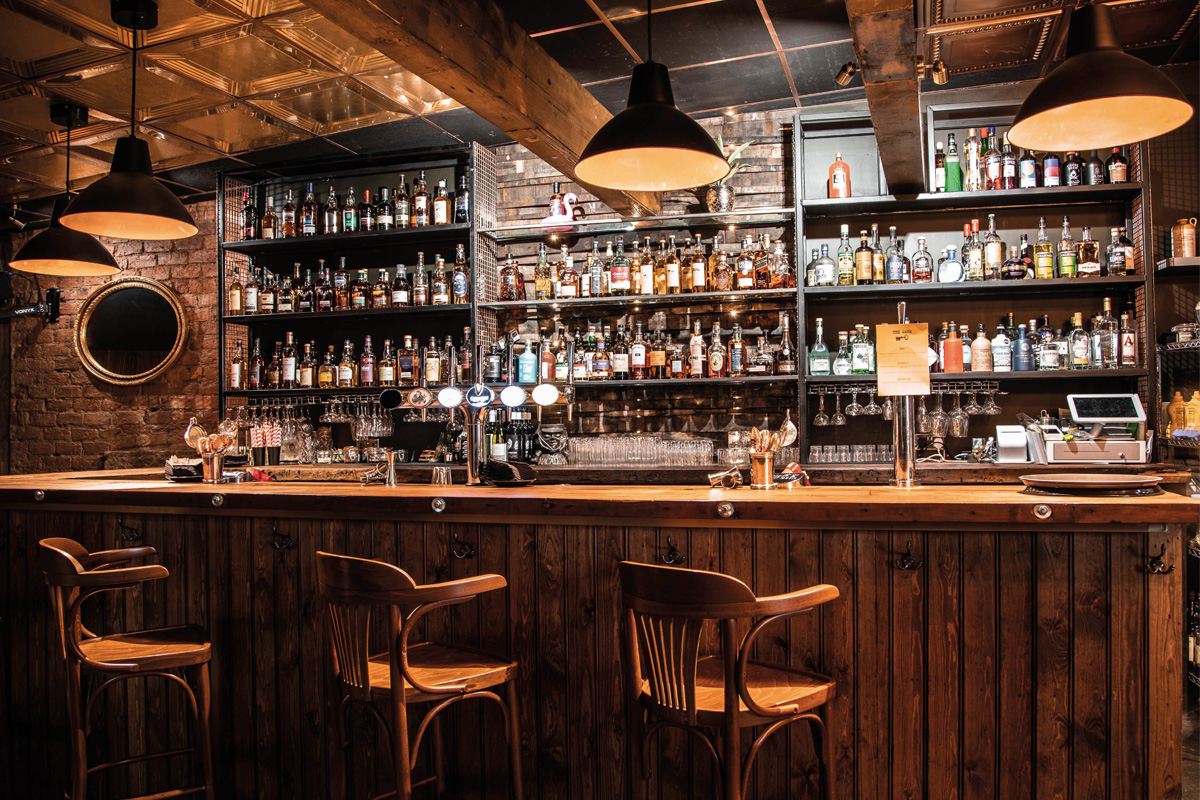 IT’S been a long road to the opening of the newest venue in Glasgow’s reinvigorated Barrowlands area.

When The Gate opened its doors on the Gallowgate, directly across from the Barrowland Ballroom, it represented two years of development and the realisation of a long-time ambition for owner Andy Gemmell.

The operator began his career working in his family’s pubs in Greenock in the ’90s before progressing to cocktail bars in Scotland and abroad and then roles with drinks companies Maxxium and Bacardi and events agency The Drink Cabinet, and had long wanted to own his own venue.

And the site of the former Emerald Isle pub on the Gallowgate ticked all the boxes for the type of venue Gemmell wanted to open; a modern neighbourhood bar where he could bring all his previous experience to bear.

“All I really wanted to do is just create a good pub but with a sprinkling of experience of cocktails, of a level of service,” he told SLTN.

“All these little things that people wouldn’t expect.

“That’s where my inspiration’s been – to create a neighbourhood bar, a pub, that is welcoming to anyone.”

While the footprint of the unit hasn’t changed, the interior has been transformed.

In a nod to the building’s former life as a tenement, customers enter through a ‘close’, decorated with photos of characters from the local area, opening into the bar area, which features raised seating, bar stools and an open kitchen. Original features of the building, from brick walls to exposed beams, appear throughout.

The long-term goal is to get people to understand it’s an area to come to.

The drinks offer has an emphasis on whisky and cocktails – two of Gemmell’s passions – backed up with a range of other Scottish spirits and draught beers.

The compact cocktail list is built around the concept of six drinks that change every six weeks.

But the heart of the venue is its customer service, said Gemmell.

The team, consisting of three full-time staff supplemented by “disco shifts” from other bartenders in the city, were recruited as much on their personalities as their bartending skills.

“The ethos with the team I’ve got here as well is ‘people first’,” said Gemmell.

“It’s not batching cocktails. That’s important – the prep and everything else – but what’s first and foremost is the care and attention.

“It’s not that fake sort of hospitality. I want the guys to be themselves and interact with people.

“Someone being in your face when you’re just in for a quiet pint is just as bad as someone giving you crap service sometimes.

“It’s more like psychology; being able to read people, understand what they want from an experience and giving them that.”

Moving forward, Gemmell has plans to recruit young people from the area and train them up, helping them move into the industry.

And the development plans don’t begin and end with people. Together with local operators including Tom Joyce of Barrowland Ballroom, Gemmell hopes to establish the area as the East End Quarter – a destination with its own identity, along similar lines to Glasgow’s Merchant City.

He said: “Twenty years ago you wouldn’t have walked through the Merchant City.

“Then it became the Merchant City. That’s the longer-term goal, is to get people to understand it’s an actual area to come to.”

Gemmell has worked to become a part of the local community, introducing himself to the other local publicans as well as the traders at the nearby Barras.

And he’s firm that the new venues opening in the area aren’t a sign of gentrification.

He drew comparisons with two other Glasgow areas: Woodlands Road and Finnieston. Both are parts of the city that have seen new restaurants and cocktail bars spring up in recent years but each still houses traditional pubs which remain among their busier venues.

“Someone like Billy Gold at the Hielan Jessie – hopefully with more people coming down to the area they’re going to get a turn as well.”

And in the shorter term The Gate is unlikely to be Gemmell’s last venue.

He said that, if all continues to go well with The Gate, more venues could follow.

“Two or three good pubs is where I’d like to be,” he said.