SEVERAL of the nation’s engineering greats – including Alexander Graham Bell and John Logie Baird – have served as inspiration for the redesign of a pub in Edinburgh.

Belhaven Pub Partners and Ecosse Inns recently worked with Fusion by Design and spent £500,000 to transform the former Telford Arms in the capital into The Scottish Engineer.

Central to the redesign was an overhaul of the pub’s outdoor area, which is said to have been previously underused.

The 132-cover external space has been re-landscaped and raised decking and lighting have been installed, while a feature water wheel which emits steam has also been added.

We took the pub and decided to turn it into a tribute to great Scottish engineers. 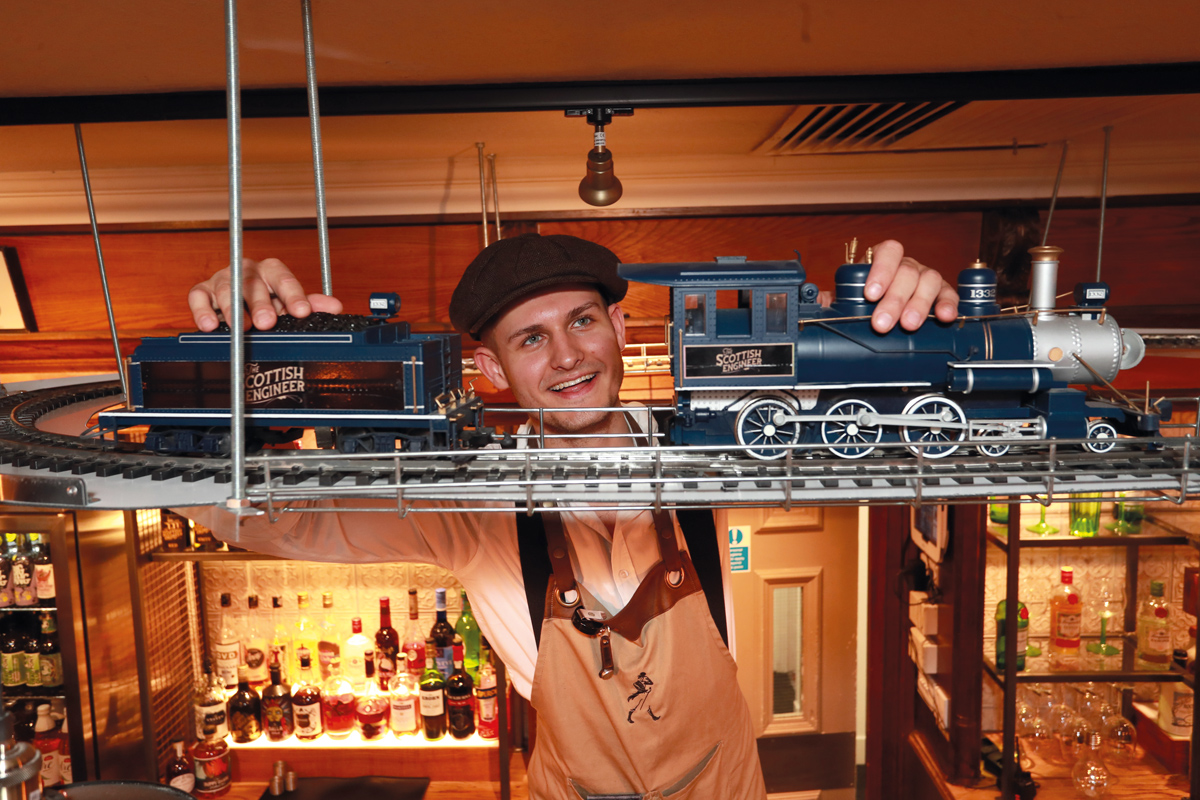 Design changes extend to the 172-cover interior too, with various engineering works on display – all of which are said to be made from salvage materials.

The new operator, Andrena Smith-Bowes, said: “The pub was in real need of investment.
“We decided to turn it into a tribute to all the great engineers of Scotland, such as Alexander Graham Bell and John Logie Baird.

“It feels amazing to see my business growing and to me it’s all about the people. It’s about the staff we employ and the development within the team and also the customers.

“We’re so thrilled they’re joining us in paying tribute to the great engineers of Scotland by turning this pub into a beautiful, comfortable, family-friendly environment.”

It represents the sixth pub Ecosse Inns has taken on with Belhaven, with the Cameo in Edinburgh having undergone a similarly large-scale revamp last year that saw it renamed The Barologist.

Other Belhaven pubs operated by Ecosse Inns include The Elizabethan in Dunfermline, and Edinburgh pubs The Scottie, The Terrace and The Clermiston Inn.