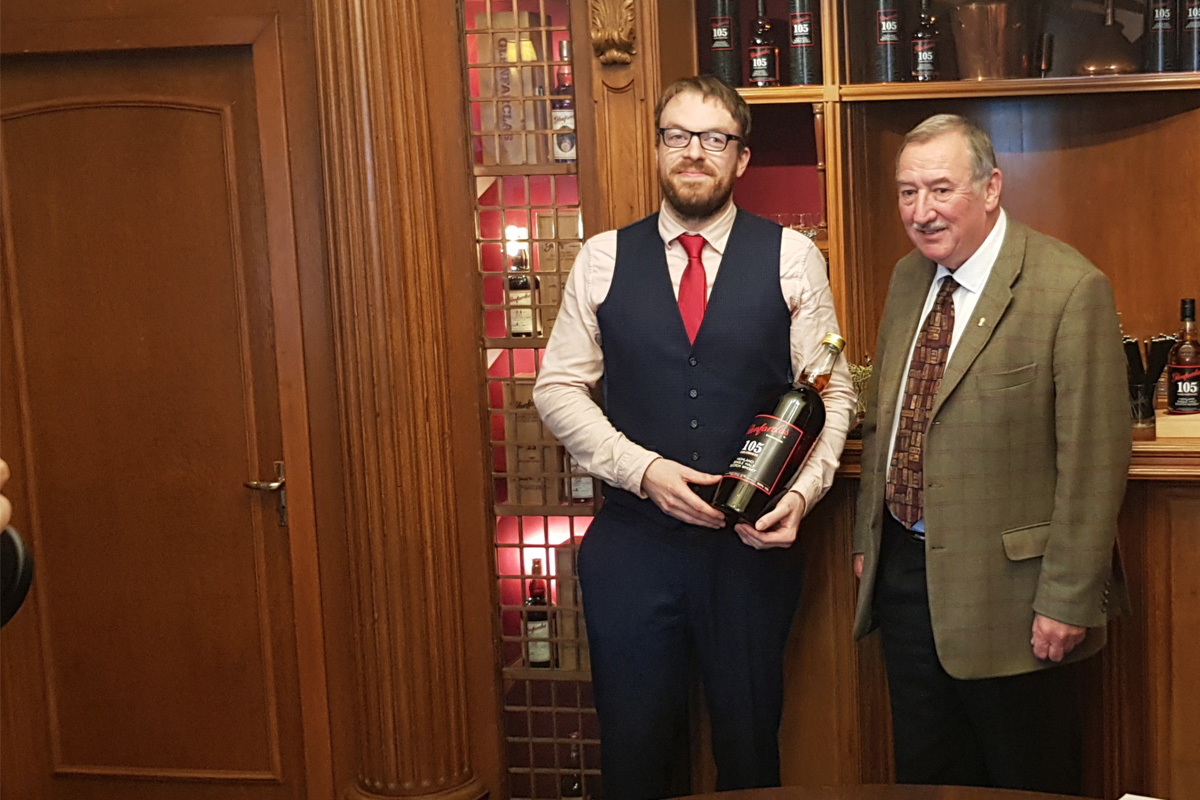 Working with distributor Pol Roger, the family-owned distillery launched its inaugural cocktail contest in April, challenging bartenders to create a replicable cocktail using its Glenfarclas 105 cask strength whisky that can be used at events including the Cheltenham Festival, where Glenfarclas is a title sponsor.

Heats were held in Aberdeen, Edinburgh and Glasgow with six finalists then competing against each other at the distillery itself, where their drinks were judged by a panel that included Glenfarclas chairman John Grant.

Kevin’s cocktail, Green Grass Fizz, combined Glenfarclas 105 with sugar snap peas, fresh lemon juice, agave syrup and carbonated coconut water. It took its name from the distillery itself, which means ‘glen of the green grassland’. Green Grass Fizz will be the signature serve for Glenfarclas 105 for the next year, and Kevin will return to the distillery for a three-day internship with distillery manager Callum Fraser.

Speaking to SLTN at the competition at Glenfarclas Distillery, Kevin said: “It’s great to have won, especially for someone that’s interested in and loves whisky. Glenfarclas is such a great liquid and I’m excited to come back up and learn a bit more about how it’s made.”