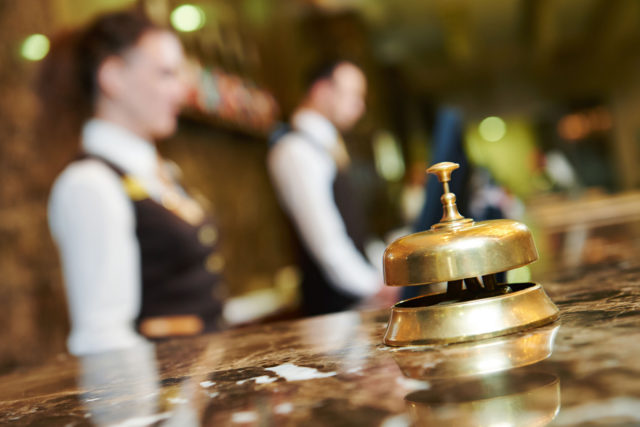 HOTELIERS across Scotland are facing their “most difficult season” due to a lack of staff, according to hotel groups.

Emmanuel Moine, GM of the Glen Mhor Hotel in Inverness and chair of the Inverness Hotels Association, said his hotel has received no applications from EU workers this summer, blaming the continued uncertainty surrounding Brexit for the drop.

“I have never experienced such a difficult season due to a lack of staff,” he said.

“Half our staff comes from Europe; I don’t even want to think about what it is going to be like next year.”

Moine added that four hotels in Inverness have lost their operations managers, whom he said left their posts over frustrations with being unable to fill vacancies.

Neil Ellis, group operations director of Place Hotels and chair of the Edinburgh Hotels Association, spoke of a similar situation in Edinburgh – and has called for a “more flexible” immigration system post-Brexit.

He singled out the proposed £30,000 salary threshold for migrant workers, saying it “is too high” and “should be significantly reduced to around £20,000”.

“There is already a hospitality recruitment and staffing crisis in Edinburgh, which the ending of free movement will simply exacerbate,” Ellis told SLTN.

“We need a flexible immigration system for the whole of the UK that recognises the need for lesser qualified – but not ‘unskilled’ or ‘low-skilled’ workers, as hospitality staff are unfairly classified in this area.”

Willie Macleod, executive director for Scotland at UK Hospitality, also criticised the proposed £30,000 salary threshold and said time is of the essence to rectify the staffing shortfall currently facing the industry.

“I think the problem is what we’re seeing is this uncertain timetable and the recruitment and staffing crisis is now,” he said.

“It’s very difficult to quantify this, but that’s the evidence we’re getting back from our members: fewer people are coming, people are going home, and we’re still not cracking the domestic labour market – and that’s difficult to do at a time of such high employment anyway.”

Macleod also warned that “there could be casualties in hospitality and tourism because they can’t get the staff”.

The Scottish Government has written to the UK Home Office calling for a ‘tailored approach’ to its immigration system post-Brexit.