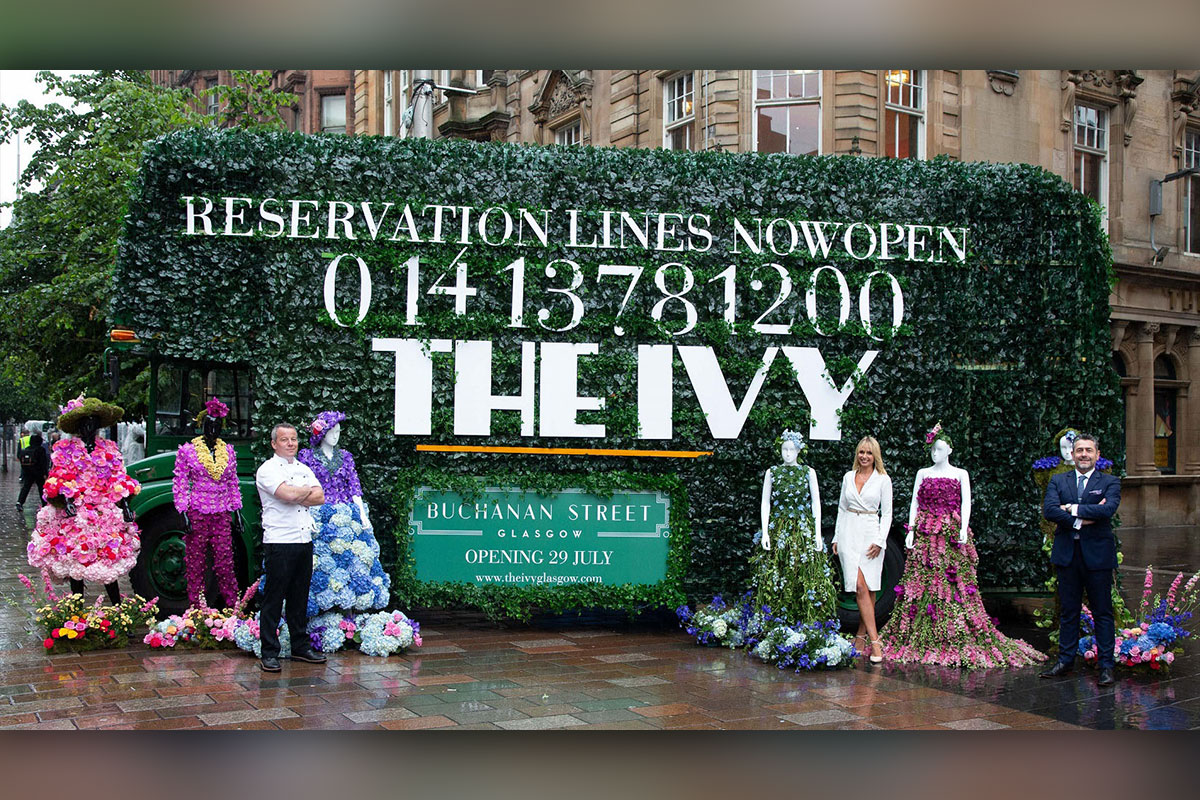 MANNEQUINS dressed in floral attire and an ivy-wrapped bus have appeared on the streets of Glasgow today (July 9) as The Ivy prepares to open its second Scottish restaurant.

The two-floor venue, comprising a brasserie, private dining room and first-floor bar, will open its doors on July 29 at 106 Buchanan Street.

The restaurant will offer what’s described as “sophisticated yet relaxed all-day dining”, while the bar’s drinks list will feature a selection of cocktails inspired by the city, as well as an extensive Champagne and wine list.

Ahead of the launch, consumers have been encouraged to pose for pictures with the floral-clad mannequins on Buchanan Street, while the ivy-wrapped bus is appearing in various locations around the city to promote the new venue.

Baton Berisha, managing director at The Ivy Collection, said: “We’re delighted to be opening in Glasgow city centre on Monday, July 29. Overseen by general manager Kevin Lightbody, the team look forward to welcoming our regular guests and new neighbours, as well as becoming part of the local community.”

The Glasgow restaurant is The Ivy’s second Scottish venture, after the opening of its Edinburgh eatery in late 2017.