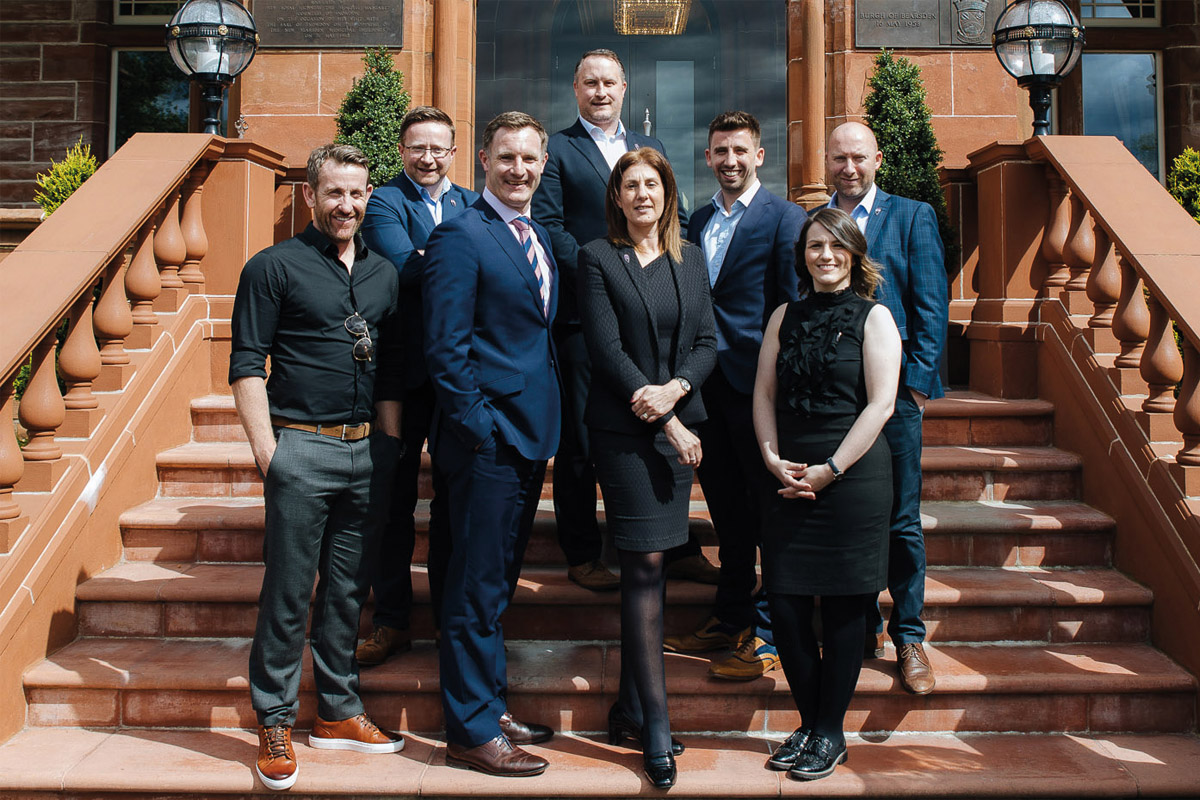 MANORVIEW Hotels & Leisure Group has appointed a new managing director as part of a wider restructure of its management team.

David Tracey (pictured second left) has moved from his role as operations director to MD, taking the reins from Manorview founder Steve Graham (pictured left), who has assumed the role of director.

The change will allow Steve, who founded Manorview in 2007 with The Commercial Hotel in Wishaw, to focus on growing the company, which now has eight hotels across the central belt.

Steve said: “David has been with Manorview for over three years; he knows the organisation, people, culture and our aspirations. As MD, he’ll move the business forward, with the support of a great management team.”