Luke, the sommelier at Edinburgh wine bar Le Di-Vin and SLTN’s wine columnist, was a pupil at a Benedictine-run monastery and school when one of the monks noticed he was being bullied.

Rather than leave him at the mercy of his classmates, the monk invited him to play chess in the evenings – and to share the odd glass of wine.

It was an experience that would set him in good stead when he began a career in hospitality several years later.

Working at The Queen Victoria Inn outside Holkham in Norfolk, Luke spotted the opportunity to expand the hotel’s wine list.

A local supplier took Luke under his wing and taught him about the differences between wines and some basics about wine and food pairing. 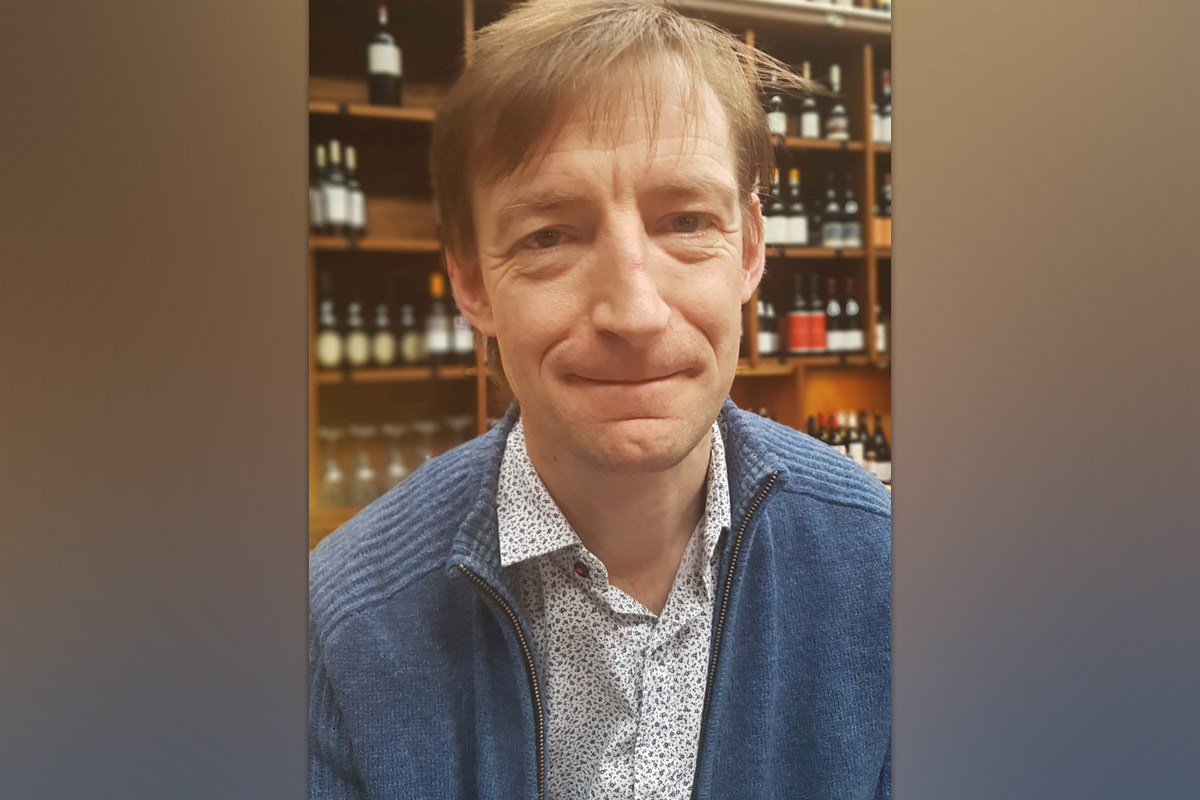 But his pupil wasn’t quite as clueless as the supplier expected.

“He’s looking at me going ‘have you done this before?’” said Luke.

From the Norfolk coast Luke relocated to London, where his wine career began in earnest.

It was at La Trompette in Chiswick that Luke would realise how much he still had to learn.

Admitting that he had somewhat “blagged” the job, Luke said it didn’t take long for the restaurant’s head sommelier, Matthieu Longuere, to figure out his new recruit wasn’t the expert he claimed to be.

A lot of these skills are people skills. They have nothing to do with wine.

But rather than give up on him, Longuere encouraged Luke to study up on his wines, sending him to events and showing him how to take proper tasting notes.

And there were tests.

“He started asking me questions three days after the tastings,” said Luke.

“He’d do it at half past eight at night when we’re passing each other in the middle of service. And if I couldn’t answer on the turn I got no tips.

“I didn’t earn tips for months.”

Eventually, reading about wine during breaks, before and after work each day began to pay off.

“I started getting half tips,” said Luke.

“And then I got full tips. I was super chuffed. And I actually became the person they wanted to employ in the first place.”

Longuere would turn out to be one of the biggest influences on Luke’s career as a sommelier, teaching him skills that went beyond tasting notes and flavour profiles.

“I did have the requisite skills necessary to be a decent sommelier,” he said.

“And a lot of those skills are people skills. They have nothing to do with wine. And he taught me a lot about that side of the business as well.”

And he found it was just as important to learn about food.

“And when you’re food and wine matching to a level where you’re offering a wine pairing with a tasting menu where there might be 20 ingredients on that one plate of food, you’ve got to get it right.

“If it doesn’t work you will hear about it.”

The knowledge and skills developed at La Trompette would serve Luke well in a succession of roles at other top-flight London establishments, including Corrigan’s and The Dorchester, before life in the big city began to take its toll.

“Just the speed of everything. People going mental because they’ve missed a train and there’s another in two minutes.”

Post-London, Luke’s skills landed him roles all over the UK, in places as diverse as Durham, Newcastle, Skye and, finally, Edinburgh.

Arriving at Le Di-Vin in 2018, the sommelier began reviewing the outlet’s wine list – an exercise he reckons won’t be finished until at least next year.

In addition to the main list (around 80 wines, with 35 by the glass) the revamped range includes a bin-end list, a fine wine list, a selection of occidental wines and Luke’s “secret stash” – a selection of special, rare bottles kept aside for customers who really know their wines and will appreciate them.

This wasn’t change for change’s sake.

Luke explained that a key focus of the new list has been increasing GP and finding the very best quality bottles for the best prices.

A big part of this has been casting a wider net in terms of wine suppliers.

Where Le Di-Vin previously dealt with one major supplier for its wines, now there are four, as well as several smaller merchants.

The whole process is very much a work in progress and wines will only make the list if Luke is happy with them.

He said: “It really annoys me that I haven’t got a decent Sangiovese on the list at the moment. It’s a major grape variety and I don’t have one. I’m hoping to have one on the next list but I’m so picky that I haven’t found one for the right money.”

And while he is not overly concerned by Brexit’s impact on wine – there will still be demand in the UK and a desire from Europe to provide it – Luke does reckon prices are likely to rise.

“Wine prices aren’t going to go down,” he said. “It’ll get a little more expensive than it is now. But that just means it makes my job a little bit more difficult, to find wines that really achieve above their price.”

While any wine obviously has to make money for the business, value is an important factor at Le Di-Vin, and Luke said he is enjoying the change of pace from the Michelin Star restaurants he has worked at in the past.

“I’ve had my time of getting the most amount of money from customers,” he said.

“I’d much rather nurture relationships, make a decent amount of money, and provide a decent product for a decent price.

“I sleep better and people trust you, so you can get them out of their comfort zone so they don’t just drink Malbec or Sancerre.

“You do that for a year and suddenly you have a guy that just likes wine – he doesn’t come in with just a handful of names.”