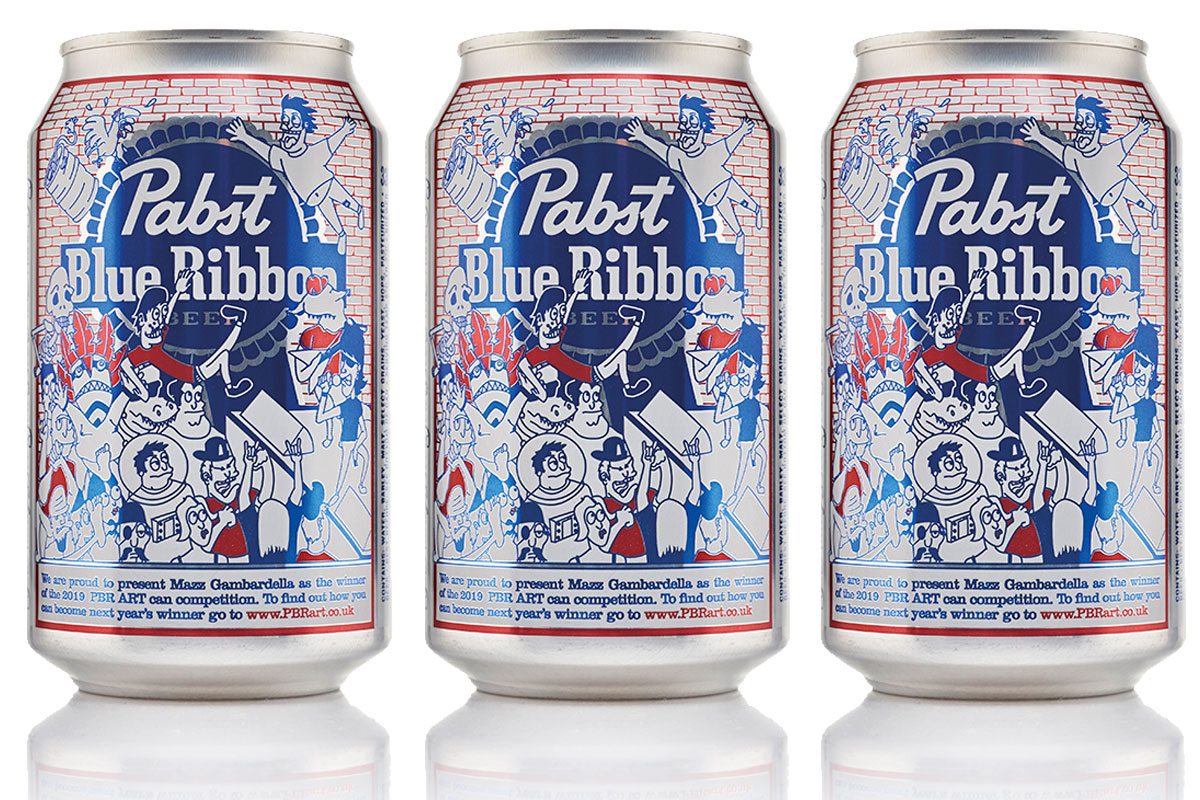 A LONG-term connection between Pabst Blue Ribbon and live music is said to have provided the inspiration for the American beer brand’s new limited edition can.

Illustrator Mazz Gambardella, whose entry triumphed in the brand’s first UK Art competition, described his design (pictured) as ‘Saturday morning cartoons at a music festival that’s gone off the wall’. It features an outlandish gathering, which includes an astronaut and a skeleton, at a music festival.

The new can, which will be available to both the off and on-trade, represents the first time the Pabst Blue Ribbon can has been altered in the UK since being introduced to the market via C&C Group in 2016.

Gambardella said: “I was inspired by PBR’s association with the live music scene in the USA, the punk rock heritage where it’s so beloved, and the festivals I’ve attended around the world.

“I hope other people will check out the design when enjoying a beer and be able to relate to the unique characters and scenarios represented in it.”