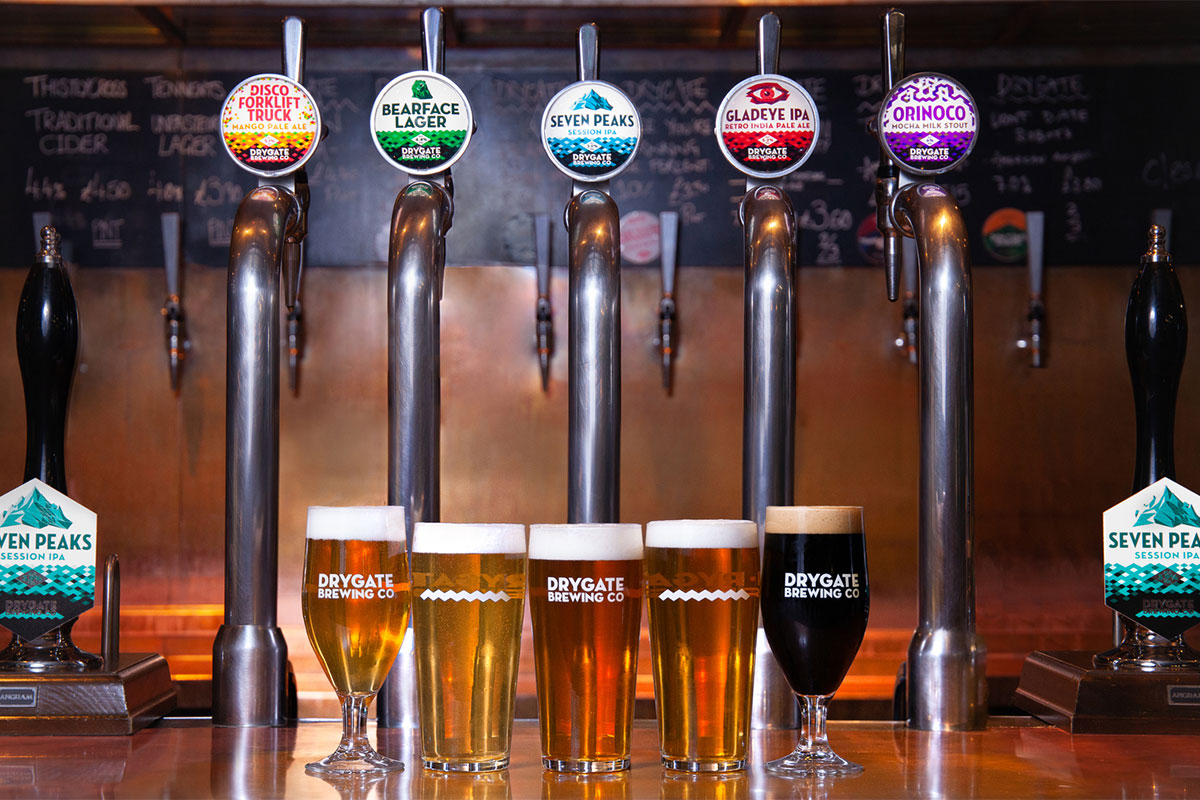 GLASGOW brewery and venue, Drygate, has overhauled its branding and range as the business marks its fifth anniversary.

The new-look branding on both the brewery’s beers and the Drygate bar and restaurant – renamed the Drygate Brasserie – features geometric designs and bright colours that are designed to resemble “the scientific, precise and human side of brewing”.

The range itself has been consolidated with the new core beers comprising Gladeye IPA, Bearface Lager, mango IPA Disco Forklift Truck, Orinoco milk stout and Seven Peaks IPA, which has been reduced from 5% ABV to 3.9% ABV to become a session IPA.

A new 0.5% ABV orange-infused pale ale, Shred, will be added to the core range later this year.

Meanwhile, the brewery’s west coast-style IPA, Crossing the Rubicon, and lager Chimera move into the new Draft Picks range; a selection of draught-only beers available at Drygate and selected other venues.

One of Drygate’s previous core beers, Ax Man Rye IPA, will become a seasonal beer, while its Outaspace Apple Ale has been discontinued.

The offer at the renamed Drygate Brasserie will have an emphasis on beer and food matching.

“We feel that to continue to compete in today’s crowded market, it is crucial that our range is recognisable and coherent,” said Matt Corden, managing director at Drygate.

“We’ve always had exciting and bold branding, but it was important to us that our range felt like a family as we move forward. Five years of business felt like the perfect time to take a step back and develop a new look that represents Drygate as it stands today.”

Drygate was launched in 2014 as a joint venture between Tennent’s and Alloa craft brewer Williams Bros.