Rising demand means that attention should be paid to lighter options 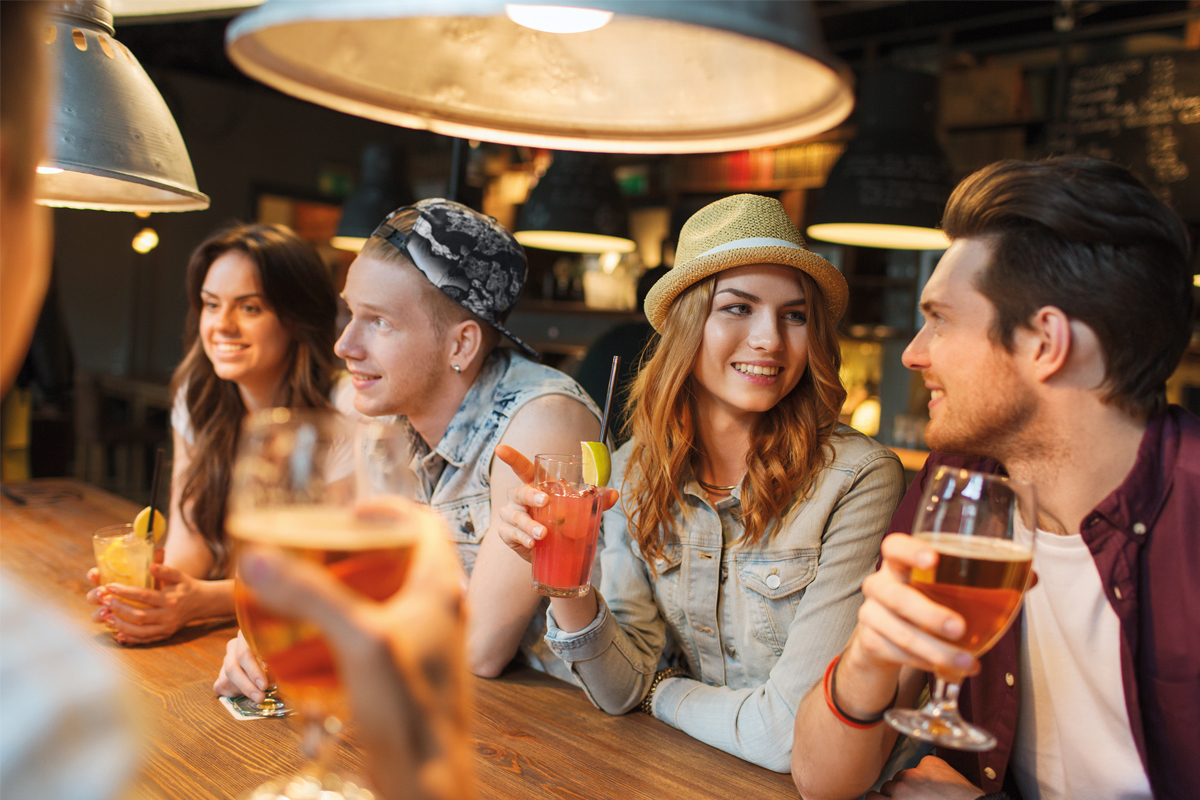 THE growth in low and no-alcohol drinks is multifaceted, well-documented and unrelenting.

And with research by University College London pointing to the trend being driven primarily by young adults, there’s enough evidence to suggest the thirst for low and no-alcohol drinks is no short-term shift.

So whatever consumers’ motivations for drinking less, it’s clear that a well put together range of low-alcohol alternatives can play a significant role in bars.

“Low and no-alcohol drinks have become immensely popular in the on-trade over the last year, especially with a third of 18 to 24 year olds in the UK now being teetotal,” said Rosie Crossman, brand manager at Franklin & Sons.

“With the wellness trend flourishing, consumers are becoming increasingly mindful about when they are consuming alcohol.

“However, that’s not to say that consumers want to cut down on socialising and visiting bars, instead consumers are spending more on alcohol alternatives.

“Figures [from the Portman Group] show that nearly a quarter of British drinkers have either already switched to low-alcohol alternatives or would consider doing so in the next six months.”

With sales on the up, Sharon Palmer, Budweiser Brewing Group’s head of trade marketing, underlined the chance presenting itself to licensees.

She said: “Moderation has been the buzzword on everyone’s lips over the past year – but the truth is, it’s way more than a passing fad or trend.

“It is a way of life for an increasing number of consumers. We’re increasingly looking to reduce our alcohol and calorie consumption and, as a result, are choosing low or no-alcohol drinks.

“The low and no-alcohol beer segment is growing at nearly twice the rate of the over 5% ABV segment – highlighting a real opportunity for pubs and bars to tap into this trend.”

Being the gargantuan category of the Scottish on-trade, beer is the natural place for operators to start when looking to improve their range of lower ABV drinks.

And Peter Gowans, UK country manager for Erdinger Alkoholfrei, reckons now is the time for greater visibility to be given to lower ABV beers in back-bar fridges.

He said: “Many low and no-alcohol beers are only available in bottle or can and, in the past, it became the norm to place these in the bottom of a fridge because there wasn’t much demand for them.

“Unfortunately, as demand has changed, operators haven’t always been as quick to give the beers more prominence.

“Stock a good range and make a feature of them so that consumers know you stock the best beers in the area.”

“Many operators don’t give beer the space it deserves in menus at present and it’s a mistake,” he said.

“Nowadays, most menus are available online as well so it’s an opportunity missed if low-alcohol options and food pairings are not included.

Conversely, Jerry Shedden, Heineken’s category and trade marketing director, stated that while “there is a huge opportunity to unlock new consumption occasions” with low and no beers, typically operators should limit their range to “one or two options” due to lower rate of sale.

“Cider drinkers looking to moderate may not be satisfied by an alcohol-free lager and therefore cider alternatives are required to avoid missing out on sales,” he said.

He said: “The Scottish market is proving a key area of focus for the Cosmopolitan Diva brand as on-trade outlets are looking to offer lower ABV and calorie options into their sparkling wine menus.

“We expect this to continue as the cost of sparkling wine, including Prosecco, continues to increase and on-trade outlets look to other sparkling products to support their businesses.”

“Alcohol-free gin and vodka-style spirits give mixologists masses of new material to work with and fashion a whole host of new mocktails,” she said.

“The luxury of a nice cocktail in a social setting is still very achievable without having to order a fruit juice.”

He said: “As with any spirit, low and no-alcohol liquids should be finely balanced with flavour combinations that complement each other. Engaging consumers through flavour and taste is essential in this category.”