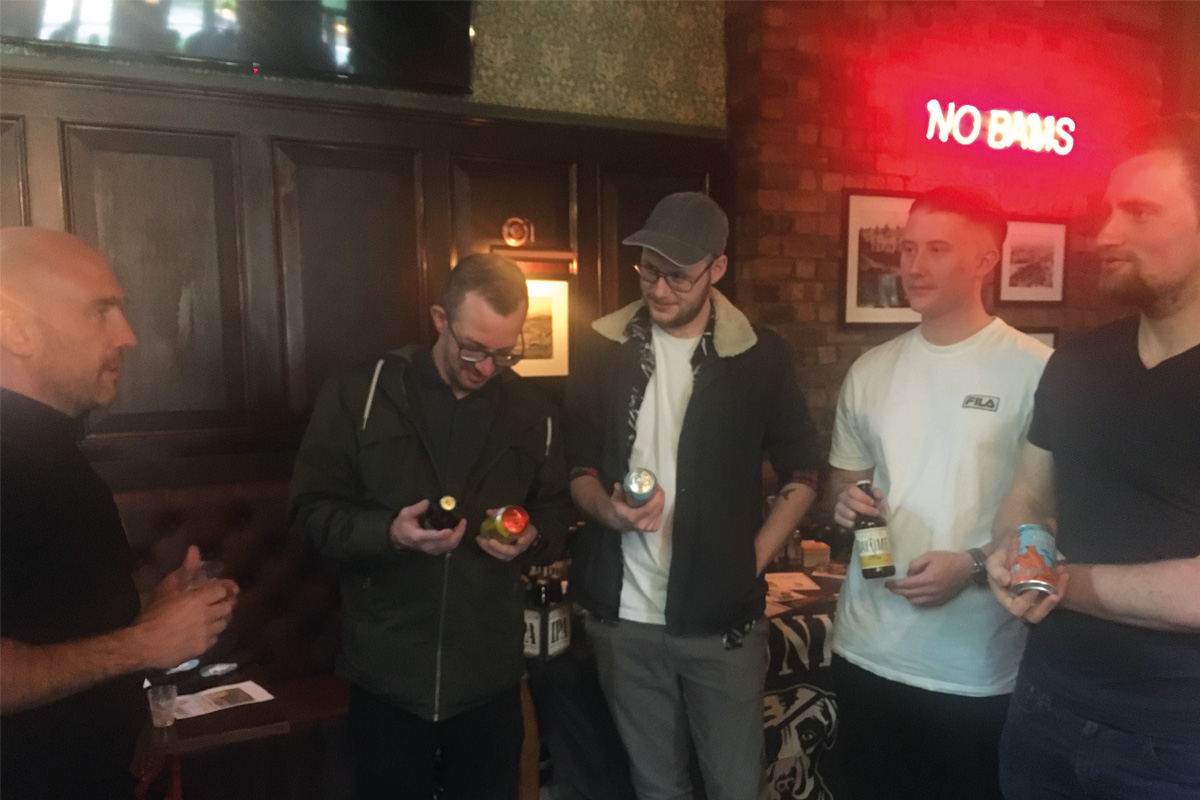 LICENSEES from across the west of Scotland were invited to Glasgow bar The Thornwood last week to learn more about Heineken’s craft beer brands.

Licensee Marc Ferrier, who reopened The Thornwood this year following a £275,000 refurbishment with Star Pubs & Bars, said the craft beers have been “performing really well” for the west end venue.

He added: “It used to be cask ale drinkers that dictated where all their friends drank and now it’s like that with all good beers.”

The on-trade giant’s Smart Dispense system and the new compact countertop Heineken Blade dispense machine was showcased by the firm’s James Lynch, who told SLTN Smart Dispense would “significantly improve the quality of draught beer and cider across the UK, while significantly reducing wastage”.