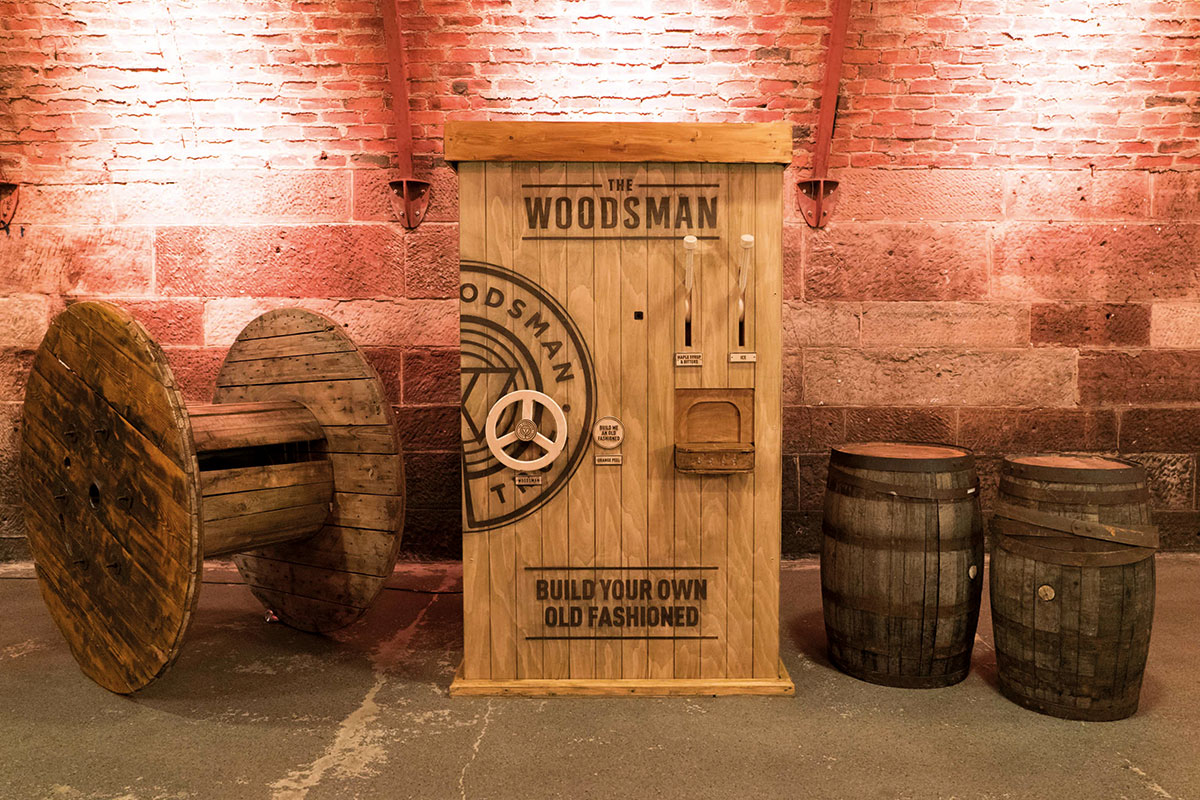 What’s being described as the world’s first Old Fashioned vending machine, designed to deliver serves of the classic whisky cocktail quickly, has been created by Whyte & Mackay.

The wooden machine, which will be dispensing drinks at The Dockyard Social in Glasgow next week (May 24), allows users to build their own perfect Old Fashioned with Whyte & Mackay’s blended Scotch The Woodsman, maple syrup, bitters, ice and an orange peel garnish by turning a wheel and pulling levers.

Rod Gillies, head of innovation at Whyte & Mackay, said: “Everyone loves a good Old Fashioned, and our maple syrup version is a cracker. But what would make it even better is being able to get a hold of one wherever you are, on demand.

“So we’re stripping away the rules and complexity which sometimes surrounds Scotch and making it quick and simple to get a brilliant drink.”