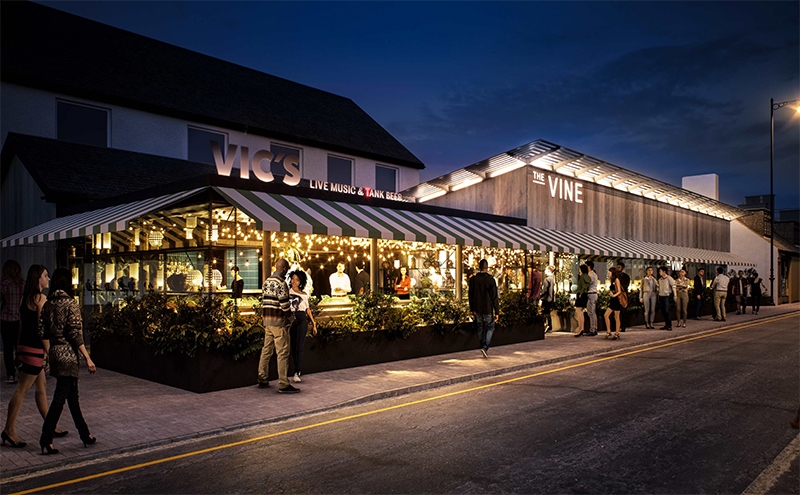 Multiple operator Buzzworks Holdings has given a glimpse of the new look for its former Elliots venue in Prestwick, which is being completely transformed and rebranded as part of a seven-figure investment.

The bar and restaurant, which has traded as Elliots since 2003, will reopen as Vic’s & The Vine in the coming weeks – and is described as “a venue of two halves”.

Vic’s will be a ‘modern take’ on a traditional bar, featuring live sport and daily entertainment as well as DJs until 2.30am on weekends like its predecessor. Three 500-litre beer tanks above the bar will enable the venue to offer tank lager.

The Vine, meanwhile, will comprise a 150-cover restaurant, which will offer food from breakfast til late, and a private dining area.

The interior of Vic’s and The Vine, the design of which was led by Jim Hamilton, will sport various features, including a hand-painted ceiling, a fireplace, and a new glass roof in part of the bar.

Kenny Blair, Buzzworks managing director, said “the countdown to opening is well and truly on”.

“Refurbishments are taking shape and the transformation has already been incredible.

“We’re certain that Vic’s & The Vine will appeal to all – whether it’s families, couples or groups of friends – providing one of the best day-to-night venues, not only in Ayrshire, but throughout Scotland.”