Restaurateur went from royalty to community 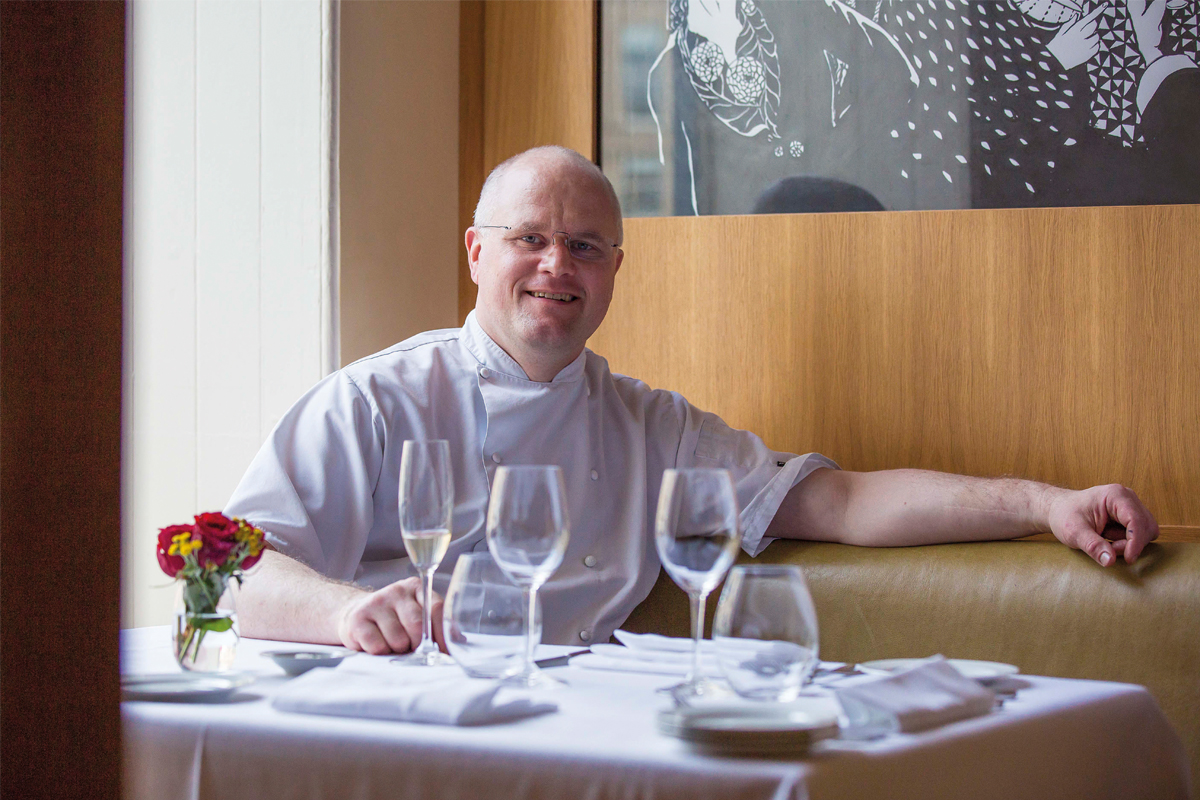 WHEN prince William and Kate Middleton married in 2011, the meal at the evening reception included Scottish salmon and langoustines.

Edinburgh chef Jérôme Henry is familiar with the menu at the event for a simple reason: he cooked it.

The Duke and Duchess of Cambridge are just two of the high-profile diners Henry has cooked for in his 20-plus years in the kitchen.

The Swiss-French chef, who opened Forth Street restaurant Le Roi Fou in early 2017, began his restaurant career in Chicago, before relocating to London to head the kitchen at Les Trois Garçons in Shoreditch.

After four years of cooking for London’s A-list, Henry was recruited by restaurateur Anton Mosimann, whom Henry described as “a gentleman” and “a really good mentor”, to become head chef at Mosimann’s Private Dining Club in Belgravia. It was a role that saw Henry cook for customers and events around the world, including several times for the royal family.

“He (Mosimann) had assembled a team who respected him and who he gave a chance to cook, to be creative,” said Henry.

“A lot of times you work with a chef it’s ‘me, me, me’ but he taught me a kitchen isn’t only about you, it’s about the team.”

After seven years working for Mosimann, Henry’s decision to move north was a bolt from the blue.

“I could have stayed there for the rest of my life,” he said.

“But when I got the eighth rent increase on my tiny flat in Hackney I thought ‘where does it stop?’. I was looking online to compare what you can rent for however much money in [different places].

“And I saw you could rent a super-nice flat in the new town for the same price as a tiny flat in London.

“I came here for the weekend and said ‘that’s it, let’s do a restaurant’. It was a very quick decision.”

Le Roi Fou was opened in a former burger bar on Forth Street in April 2017.

Having spent the previous decade catering to celebrities and VIPs, Henry was keen to establish a more intimate neighbourhood restaurant that would be popular with the local community.

The menu in the 50-capacity restaurant is built around fresh, seasonal produce sourced from Scotland and supplemented by ingredients and wines from Europe.

But the dishes are more adventurous than would have been offered in the unit’s previous incarnation.

In addition to the a la carte menu, the restaurant offers a pre-theatre option (two courses for £19.50 or three for £24.50) and a tasting menu (£50 for five courses) to cater to different budgets.

“It costs me more to have an empty restaurant than it does to have a restaurant that is full and [offering] good food at a good price, where people are getting good value,” said Henry.

And while his customer base isn’t as high-profile as it used to be, Henry is as committed to his cooking as he’s ever been.

“I think I’ve missed one service in the last 18 months and that was because I had knee surgery,” he said.

“I want to be in the kitchen, being part of this.”