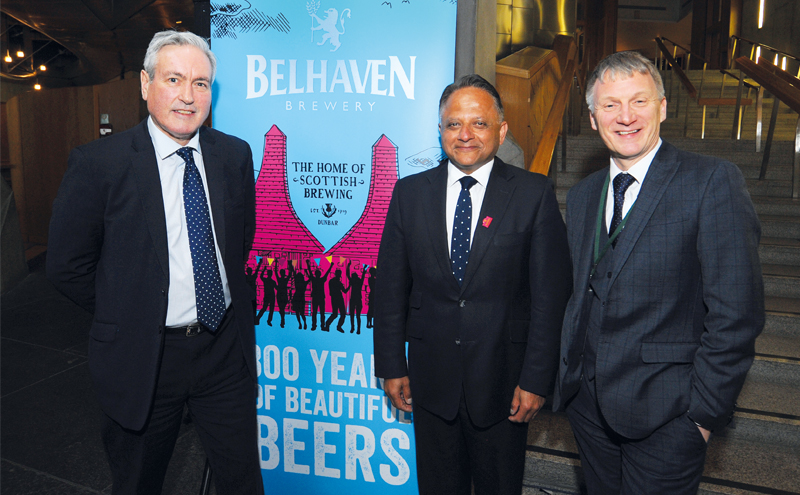 A PARLIAMENTARY reception was held at Holyrood to celebrate Belhaven Brewery’s 300th anniversary.

Hosted by East Lothian MSP Iain Gray (pictured left) and attended by customers, employees and politicians, the event saw Belhaven praised for its trade in Scotland and overseas, and for its investment in the brewery.

Rooney Anand of Belhaven owner Greene King (centre) said: “Belhaven is Scotland’s oldest working brewery, a proud achievement and one we are delighted to be celebrating as we mark the 300th anniversary.”