TECHNOLOGY has changed the way the world communicates in the past couple of decades, and so it’s probably no surprise that it’s also had an impact on the world’s cocktail culture.

Where past generations might keep up with drinks trends through magazine articles, books or research trips, contemporary bartenders are able to keep up to date with counterparts on the other side of the globe instantly via social media.

This global cocktail culture has been experienced first-hand by Aberdeen bar operator Ben Iravani and his colleagues during recent recces overseas.

Ben, who owns granite city bars Orchid (the SLTN Cocktail Bar of the Year for 2018, in association with Bacardi Brown-Forman Brands) and Ninety-Nine, has been travelling the globe in the past year to secure international distribution and listings for Porter’s Gin, the brand he launched in 2015 with co-founders Alex Lawrence and Josh Rennie.

It’s a product that is targeted squarely at cocktail bars.

Ben said: “Our brand resonates more with the cocktail market.

“That’s where we’re from. We have this internal tagline, which is ‘made in a bar, not in a boardroom’. So we thought we’d focus on the on-trade, on having Porter’s as a product for great cocktails.”

He explained that the decision was driven by the gin itself, which is produced using a blend of traditionally-distilled liquid (created for the team by English distiller G&J) and cold-distilled spirit created in the team’s own micro-distillery, located in the basement space beneath Orchid.

Scottish bars and wholesalers were the first targets, then venues across the UK.

Last year the team concentrated on building the brand in international markets, working with importers in France, China, Singapore, Japan and South Korea.

The Asian market, in particular, has been a big growth area for the team, driven by the expansion of cocktail culture in China.

“The scene in China is growing so quickly,” said Ben.

“And those bars are leapfrogging ahead. They’re not just starting with classic drinks and then figuring out step by step what to do.

“They’re going straight to things like fermentation, which there’s a big drive on at the moment.

“They’re learning super-fast and their work ethic is ridiculous.”

The wealth of information available on the internet has played no small part in the evolution of these bars, with platforms such as Instagram, InstagramTV and Facebook providing insights into the drinks scenes around the world.

China’s internet censorship is well-known, but even this hasn’t stopped the country’s growing bartender community. 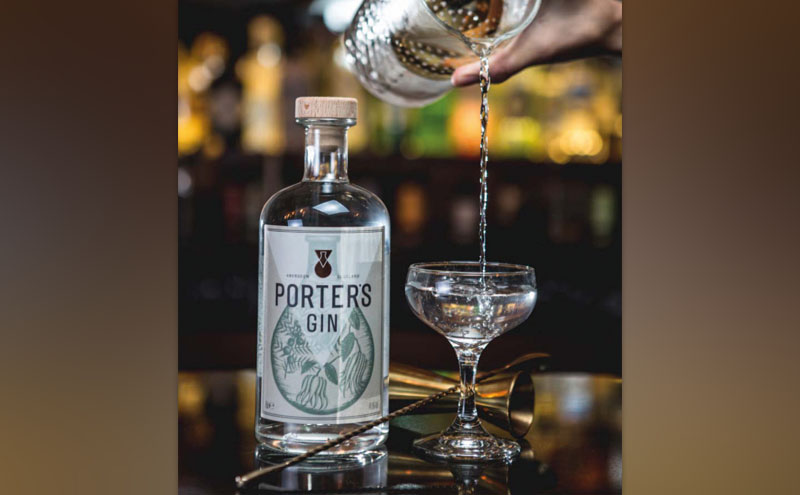 “China’s got a firewall, so you need a VPN (Virtual Private Network) to get on sites like Instagram,” said Ben.

“But Chinese bartenders are so enthusiastic they have the VPNs, as well as (Chinese social media app) WeChat.

The trips are influencing the offer back in Aberdeen as well.

Ben said: “It sounds obvious but in China good bar snacks are everywhere.

“So that’s something we’ve taken back to Orchid. We have upped the game of our bar snacks.”

And the approach to spirits in the Asian markets could also provide a glimpse into some of the next drinks trends here in Scotland, reckons Ben.

He said that brown spirits, in particular, are hugely popular in China and Japan, with whisky enjoying an even higher profile in these venues than it does back in the UK.

But that’s something that could be set to change as the UK palate continues to evolve.

“I think the whisky highball (is going to come back),” said Ben.

“It’s something that’s huge in Japan. It might not appear exactly as it does in Japan, maybe stripped back, and there’s a few really good cocktail bars in London already doing their take on a whisky highball.

“I think the reason that’s going to be popular is it’s a low-sugar but high flavour drink.

“There’s no sweetener added, it’s just whisky soda, but there’s so much flavour in whisky that can be pulled out.

“And palates are getting more accustomed to low-sugar drinks.”

But keeping pace with trends doesn’t require frequent trips around the world, and Ben said it’s up to Scottish operators to ensure they are plugged into the global scene.

“You’re either in it (the global cocktail scene) or you’re not,” he said.

“You either get it or you don’t.