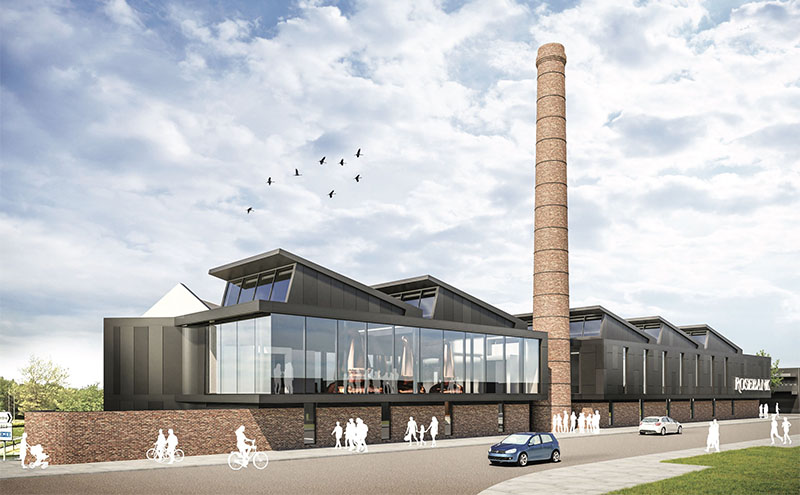 THE redevelopment of ‘silent’ Falkirk distillery Rosebank is to go ahead after new owner Ian Macleod Distillers was granted planning permission for the project.

Rosebank was mothballed by former owner UDV (now Diageo) in 1993 but the Rosebank brand and remaining stock were bought by Ian Macleod Distillers – the company behind the Glengoyne and Tamdhu distilleries – in late 2017. The company subsequently lodged a planning application for the Rosebank site, which is situated on the banks of the Forth & Clyde Canal, in June 2018 but had to wait for Falkirk Council to conduct an extensive public consultation before it would approve the plans.

The new, 1000 square-metre distillery will have a production capacity of one million litres of alcohol per year, with existing canal-side buildings refurbished into a visitor centre, tasting room, shop and warehouse. The distillery is scheduled to begin production in autumn 2020.

Leonard Russell, managing director of Ian Macleod Distillers, said: “We’re delighted to have reached this significant milestone of the Rosebank redevelopment project. To bring back to life an iconic distillery and quintessential lowland single malt is truly a once in a lifetime opportunity.

“Our investment goes beyond production. We’re proud to be investing in Falkirk by adding to the town’s flourishing economy and tourism scene with a new Rosebank Visitor Centre, to help tell the story of this remarkable whisky.

“Rosebank Distillery has a very special place in Scotland’s whisky heritage and we’re committed to ensuring this remains the case. We will strive to replicate the unique Rosebank style by once more employing the unique techniques of triple distillation and worm tub condensers, for which this iconic lowland single malt is famed.”