UNDER canvas in the grounds of one of Pitlochry’s grandest properties, the foundations for what is now Pitlochry Festival Theatre were laid.

The ‘Theatre in the Hills’ made its debut in 1951 in a huge tent in the gardens of Knockendarroch – a stunning stone property perched above Pitlochry which was built in 1880 for a lawyer and, in 1945, became home to the newly-formed Pitlochry Theatre Company and its artistic director.

Knockendarroch went on to stage performances and shows for three decades (the tent was subsequently replaced with a more permanent structure) until, in the 1980s, the theatre company sold the property to the McMenemie family, who turned it into a hotel. 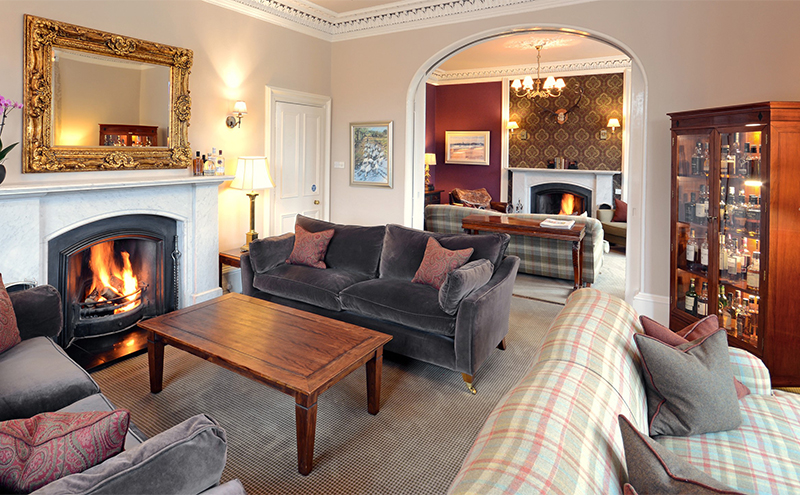 Today, the hotel maintains strong links with Pitlochry Festival Theatre – and, much like in its theatre days, ‘backstage’ underpins the entire operation.

Back-of-house services and systems have accounted for a large chunk of the £300,000-plus invested by Struan and Louise Lothian since they bought Knockendarroch in 2014.

In fact Struan admits he has a contingency and, in some cases, a ‘plan C’ for most parts of the operation.

“We’ve invested a lot behind the scenes,” he told SLTN. 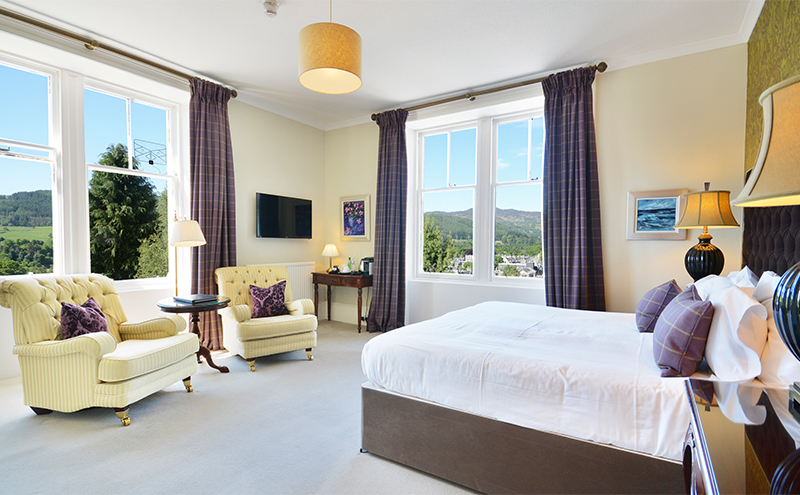 “It’s all about that redundancy. If you want a robust product that doesn’t fail the guest you have to invest.

“Resilience of infrastructure costs a lot and the guest doesn’t necessarily see it or know it’s there but I know it’s there if we need it; I sleep at night knowing we have those back-ups in place. That’s just how we operate.”

It’s a strategy that appears to be paying dividends for the couple – and Knockendarroch, which was named Scottish Hotel of the Year by the Good Hotel Guide last October.

And it’s one that’s been employed by the Lothians ever since they swapped high-powered financial jobs in London for a remote Scottish hotel.

The decision to buy a hotel came, Struan concedes, “out of the blue” – the answer to a shared desire to “do something different”. And so, in 2004, the chartered accountants who had no hospitality industry experience (“I poured my first pint in my own bar,” said Struan) left London for the eight-bedroom Kylesku Hotel on the shores of Loch Glendhu in rural north west Scotland.

Five years and two young children later, the Lothians sought a less remote location and, in 2010, bought the Torrdarach guest house in Pitlochry.

However, the couple soon hankered after a return to the hotel business – and one in particular was in their sights.

Knockendarroch, with its elevated position and views of Ben Vrackie and the surrounding Perthshire countryside, ticked all the boxes for the couple. 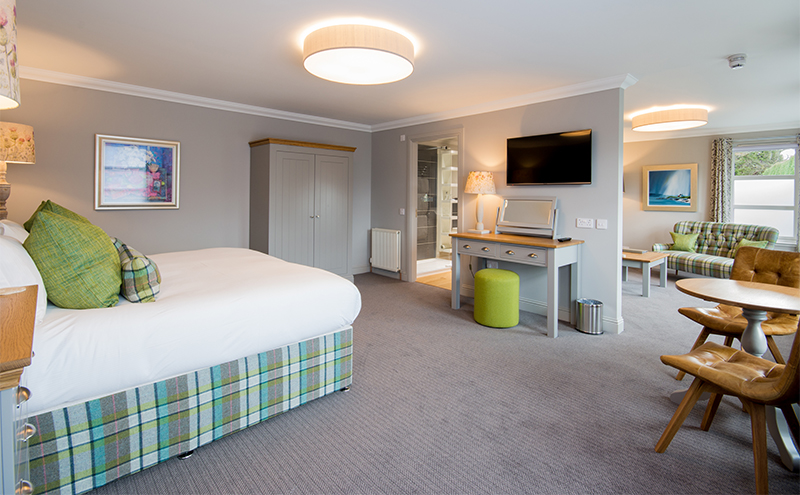 It also had what Struan considers the “holy grail” for many hoteliers – adjacent three-bedroom owner’s accommodation.

So the Lothians sold Torrdarach and, in 2014, bought the hotel business.

“Knockendarroch was just the place for us and the product we offer,” said Struan.

“This has a great location and it was a good business but we also spotted potential.”

Part of that potential was to increase the number of guest rooms, which meant utilising the owner’s accommodation. 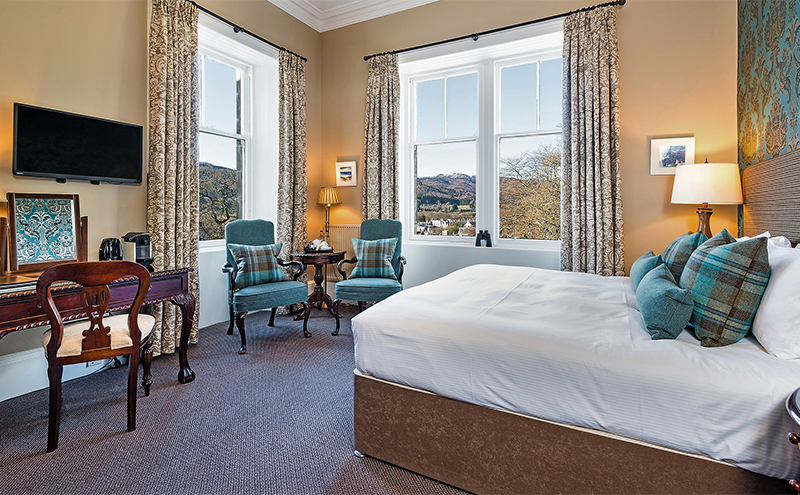 Within two years of buying the business, work got underway to build a new family home within the grounds of the hotel and convert the existing owner’s accommodation into two luxury suites, taking the total number of guest rooms to 14.

And, since coming on stream in 2017, the suites have had a major impact on the contemporary country house hotel and its 32-cover, two AA Rosette restaurant.

“One of our main drivers for the extra rooms was the restaurant. Knockendarroch is the whole package – the lounges, the accommodation and the food.

“We have a 4/4/4 menu which changes every day so if you’re staying for three or four days you’ll see the better part of 50 dishes.

“We’re two AA Rosette standard and knocking the top end of that. We beat expectations; we pick a standard and never miss it – I think that’s been a huge part of our success.” 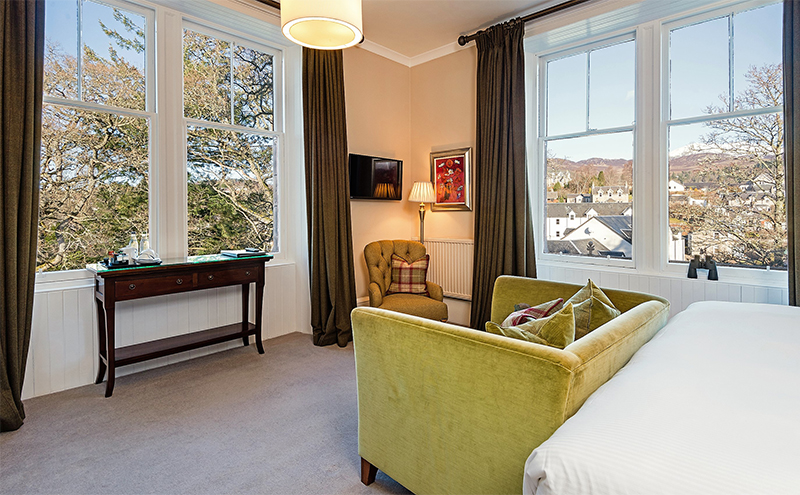 The hotel’s 2018 performance was up on the previous year, despite losing 50 or 60 rooms due to the snow and wintry weather last March. And Struan is confident of continuing to build on that again this year.

Knockendarroch is set to reopen on February 8, having been closed since December 16 – a model Struan acknowledges is fairly unorthodox but one he says works for his family and the ten-strong team.

“Some people are staggered but historically that’s how this hotel operated; and it works for us,” he said.

“It’s not for everyone but it appeals to a lot of staff. Many of the staff have been with us for years, we have very low staff turnover.” 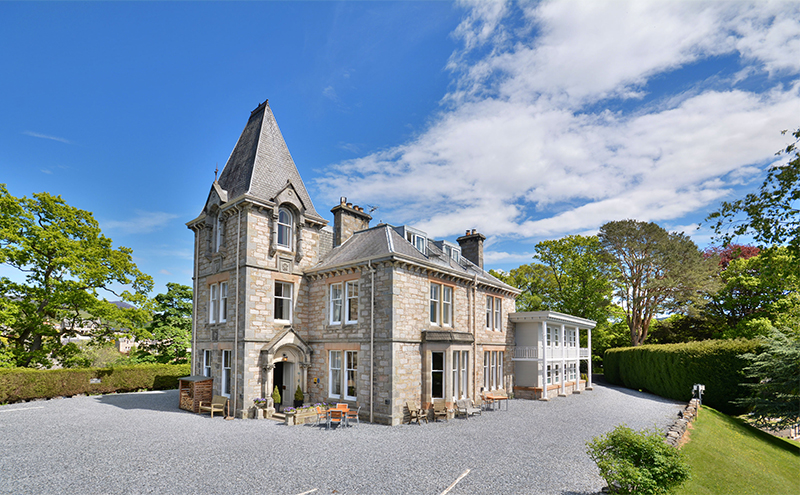 As well as providing a well-earned break, the two-month period also enables regular refurbishment work to be carried out – another fundamental of the Lothians’ operational approach.

And Struan and Louise are committed to maintaining investment in the hotel, despite the growing number of challenges facing the hospitality industry.

“Legislation, tax, rates, and other government hurdles –and, of course, the uncertainty around Brexit – just make every year more difficult.

“But you need to keep the investment flowing. You can never give up on investment, you never get back from that if you do.

“Running a hotel is hard work. It’s about getting the details right and then not dropping the ball, ever.”