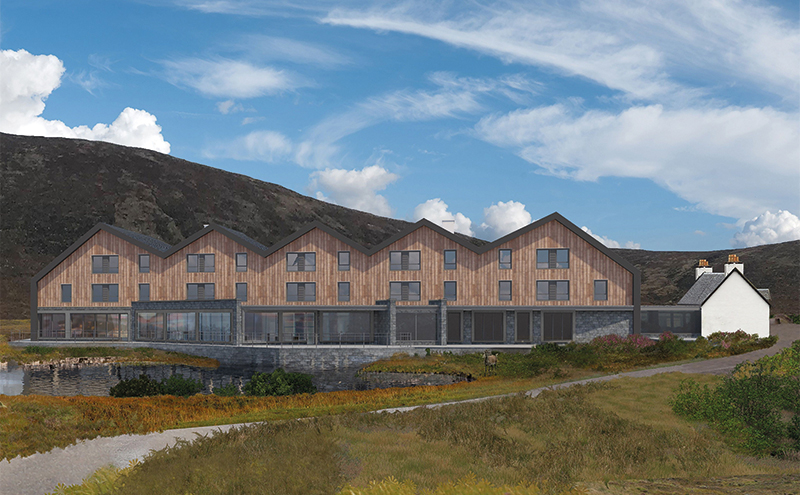 AN historic 400 year old hotel situated on Rannoch Moor in Glencoe is set to reopen next month after an extensive £12 million revamp.

Now operated by the Crieff Hydro Family of Hotels, the Kingshouse Hotel was once used as barracks for the Duke of Cumberland’s troops hunting Jacobites after the Battle of Culloden in 1746. It is due to reopen in February with the addition of a new restaurant, while the venue’s Climber’s Bar has been renamed The Way Inn.

Craig Haddow, the hotel’s general manager, said: “The design team has worked extremely hard to maintain the ethos and the oldest parts of the original 17th century building – while removing the 1960s additions which were no longer fit for purpose.

“The new hotel brings the charm and drama of the old in its Glencoe setting, but with much wider amenities.”