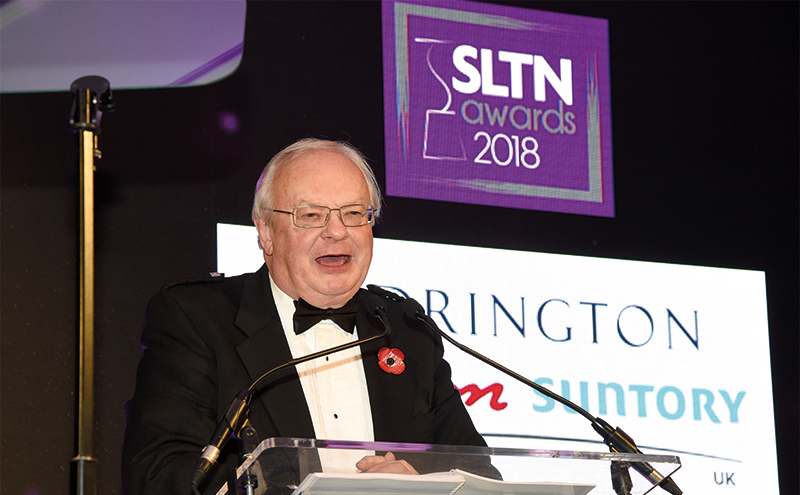 A SUMMER job helping out at a relative’s hotel on the banks of Loch Fyne was all it took for Willie Macleod to decide a career in hospitality was for him.

Five decades later, 700 people were on their feet at the 2018 SLTN Awards as the executive director for Scotland at trade group UK Hospitality was presented with the SLTN Industry Achievement Award, in association with Edrington-Beam Suntory – underlining that Macleod’s decision all those years ago to switch a place on a journalism course to study hospitality management was the right one.

Speaking at the SLTN Awards at the Hilton Glasgow on Thursday November 1, SLTN editor Gillian McKenzie told how Macleod secured one of just 12 coveted places on Forte’s graduate training programme and, at the age of 22, headed for the bright lights of London.

He went on to run hotels and resorts across England and Scotland, and work for the then Scottish Tourist Board and VisitScotland until, in 2008, retirement beckoned… but it didn’t last. 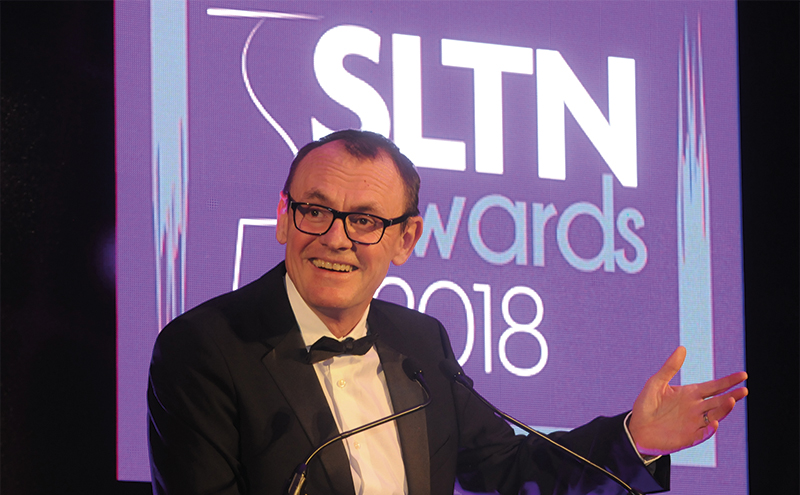 In 2011 Macleod took up the role of executive director of Scotland at the British Hospitality Association (now UK Hospitality) and, since then, has been on the front line fighting for Scottish hospitality businesses on a range of issues – from tourist tax proposals and VAT to the ever-changing licensing landscape and Brexit.

“Our winner was also instrumental in securing the cap on business rates rises, which is going some way to temper the astronomical increases facing many pub and restaurant businesses; and he continues to fight for a complete overhaul of the way in which the rateable values of businesses in this trade are calculated,” said McKenzie.

“Tonight’s winner is incredibly modest about the work he does; but beyond the unassuming manner is a true advocate of – and campaigner for – this industry, whose passion for hospitality and love of Scotland make for a very powerful combination.”

Accepting the award, Macleod said he has enjoyed a “fantastic career in this industry”.

“I can’t pretend every day’s work has been amazing or fun; but over the years this has been a fantastic industry to work in,” he said.

“Thank you to Gillian and SLTN, to Edrington-Beam Suntory, to everyone involved in me getting this award.

“All I can say is thank you very much indeed.”

• See all the pictures from the awards here.