The latest in Glenfiddich’s Experimental Series turns up the heat

SUGAR, spice and all things nice are at the heart of a new release from Glenfiddich.

The newest expression in the William Grant & Sons-owned distillery’s Experimental Series is a departure from the single malt’s usual house style, using a combination of peated and unpeated whisky as well as spirit that has been finished in rum casks. 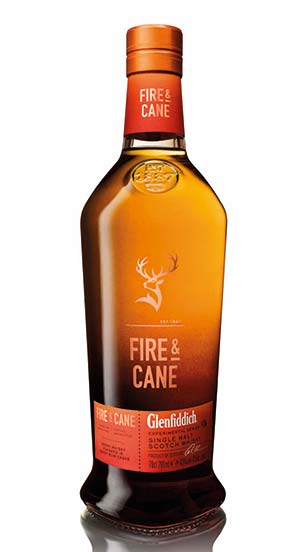 Glenfiddich malt master, Brian Kinsman, used Highland peat during production, which is softer than peat found on the islands. The rum casks were chosen by Kinsman specifically for their sweetness.

The resulting expression, Fire & Cane, combines what the company described as the “campfire smokiness” of the peat with the fruit of the unpeated spirit and then a long-lasting sweetness imparted by the rum casks.

“We started with a question – what would happen if we did something with peat that we had not done before?” said Kinsman.

It’s a bold combination, which I’m sure will appeal and intrigue single malt enthusiasts.

“The answer is an unconventional and unexpected whisky, one that is truly surprising.

“During the tastings, some experienced the unusual smoky notes, while others tasted toffee flavours – this phenomenon can be attributed to the Scotch spending three months in sweet rum casks.

“It’s a bold combination, which I’m sure will appeal and intrigue single malt enthusiasts as well as those looking to try something new and different.”

Fire & Cane is the fourth in the Experimental Series, following the release of Glenfiddich IPA, Glenfiddich Project XX and Glenfiddich Winter Storm.

The malt was launched last month by Glenfiddich brand ambassador Mark Thomson at an event in Edinburgh’s Scotsman Hotel.