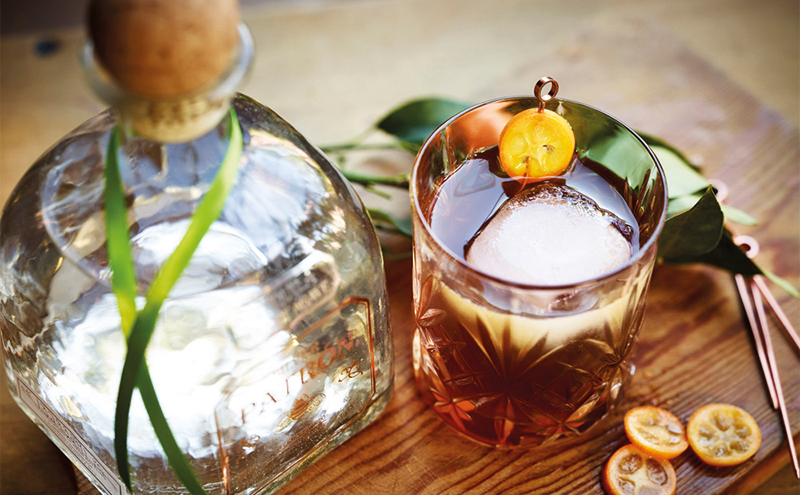 THE phrase ‘less is more’ is said to date from sometime in the 19th century, though it is more typically ascribed to 20th century German-American architect, Ludwig Mies van der Rohe.

Regardless of its exact origins, the adage remains just as relevant today – especially when it comes to the ways in which consumers are choosing to eat and drink in the on-trade.

So, what can operators do to capitalise on this?

The answer lies in premium drinks, especially when it comes to cocktails, according to drinks firms.

“The festive season is always a busy time of year for the on-trade and it’s not likely to slow down,” said Lindsay Blair, brand ambassador at Daffy’s gin.

“However the way customers are drinking is changing – favouring quality over quantity, so to achieve similar sales as previous years, operators should consider reviewing portfolios to accommodate this change.”

This especially rings true during the festive season, reckons Scott Dickson, marketing manager at Loch Lomond Group, which counts the Glen Scotia, Inchmurrin and Inchmoan malts within its portfolio.

He said: “Consumer demands tend to change during the festive season, so it’s important for stockists to keep this in mind.

“Winter whisky cocktails continue to be a firm favourite, traditionally associated with the festive season.”

Matthew Sykes of Patrón Spirits International, which produces premium tequila brand Patrón and was acquired by Bacardi earlier this year, also extolled the virtues of pushing premium spirits throughout the winter season.

“During the busy Christmas period, high quality spirits are essential as group gatherings mean catering for a wider variety of tastes and preferences,” he said.

Sykes added that the run up to Christmas “is also a great opportunity to encourage consumers to trade up”.

“With drinkers increasingly valuing quality over quantity, especially when looking to treat themselves at Christmas, the months ahead also provide an opportunity to up-sell your luxury stock,” he said.

However, simple serves remain critical during busy Christmas periods, according to Sykes, who said, as an example, Patrón tequila paired with a premium tonic allows operators to offer customers “a Mexican spin on the classic G&T”.

Premium mixers were also highlighted by Amy Burgess of Coca-Cola European Partners (CCEP), who said the right range can effectively complement and add to an outlet’s winter cocktail offer.

For instance, the company’s six-strong range of premium mixers – Schweppes 1783 – is said to have been “carefully created to marry perfectly with the finest spirits to elevate the taste sensation”.

Other trends to consider when curating a winter cocktail list this year is the growing movement of veganism, according to Catherine Conaghan, Scotland sales controller at Edrington Beam-Suntory UK.

“Interestingly, veganism has had a genuine impact on demand from consumers in bars around the UK – something often overlooked, especially at Christmas,” she said.

“The proliferation of vegan alternatives to classic Christmas serves is something that is driving bartenders to innovate around the demand.

“We are seeing this more and more in bars around the UK, with things like the Naked Grouse Aquafaba Sour replacing the egg white from a Scotch whisky Sour in favour of chickpea water, giving the same beautiful smooth and foamy mouthfeel, without affecting the taste.”