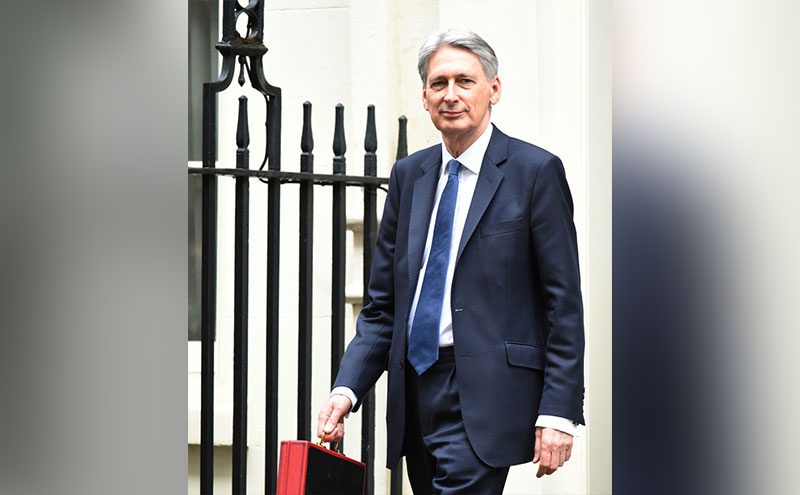 Operators, trade groups and drinks firms were amongst those raising a glass to chancellor of the exchequer Phillip Hammond as beer, cider and spirits duty were frozen in the last Budget before Brexit.

Charles Ireland, general manager for Diageo Great Britain, Ireland and France, said: “We are delighted to have a chancellor who wants to help drinkers of Scotch, gin and our hard-pressed pubs. Philip Hammond has listened to the industry and his Scottish colleagues and today has acted to supported our world beating spirits industry.”

Managing director of Inverness-based multiple operator, Cru Holdings, Scott Murray, said the duty freezes – coupled with the introduction of minimum pricing in Scotland – were “great news for the hospitality industry” and “put Scottish bars and restaurants in a strong position”.

Karen Betts, chief executive of the Scotch Whisky Association, said the move was the “right decision”.
She added: “The continuation of the duty freeze is a very welcome show of support for the Scotch whisky industry, which plays an important role in the UK and Scottish economies and which is one of the UK’s most successful exporters.”

Mike Benner, chief executive of the Society of Independent Brewers, said the freeze in beer duty was “good news for UK brewers, publicans and beer drinkers”.

“We will be toasting the chancellor this week a pint of British independently brewed beer,” he added.

That move was dubbed a “hammer blow’ to the wine industry by chief executive of the Wine & Spirit Trade Association, Miles Beale.

He said: “This inflationary rise is grossly unfair, unjustified and counter-productive. The UK is the world’s biggest wine trading nation and, as such, deserves government’s support, not punishment.”

And while cider duty was frozen for a year, the industry had pushed the chancellor recently for a 2p reduction in duty on the price of a standard pint of cider.

Glenn Friel, sales and marketing director at Aston Manor Cider, said: “The chancellor’s failure to fully recognise the issues the cider industry is facing is of some concern.

“We have invested tens of millions in recent years, increasing local employment and becoming more sustainable. It will be harder to continue to do the same in future years without recognition from Government of the specific challenges we face.”

Also included in the budget was the announcement of a £1.5 billion boost for small high street businesses in England, including £900 million in business rates relief and a £650 million to revitalize high streets and transport to them south of the border.

That move prompted the Federation of Small Businesses (FSB) to call upon The Scottish Government to replicate a similar deal for Scotland’s town centres.

Colin Borland, the FSB’s director of devolved nations, said: “High streets are the beating hearts of our local communities. But changing shopping habits and divestment by large public and private bodies – like the banks and the police – have meant that independent firms can feel they’re sustaining our town centres on their own.”