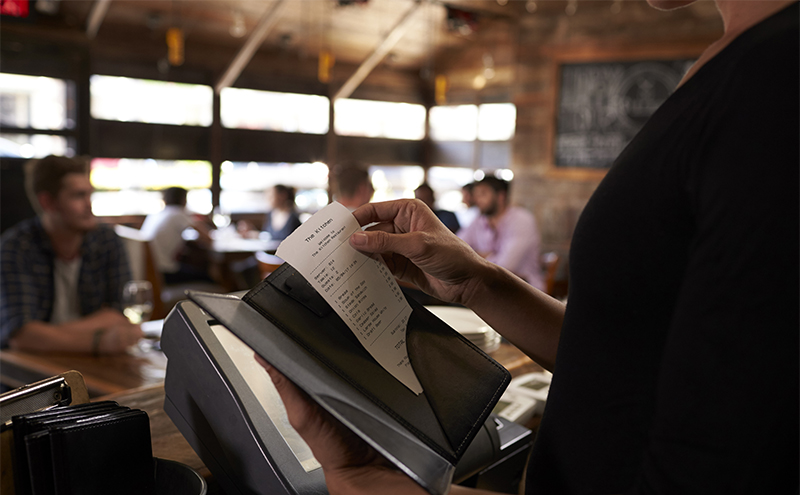 PROPOSALS to use new legislation to ensure all tips left for staff are passed on to them has divided opinion across the trade.

At present, there is a voluntary code of practice on staff tips.

But, last week, the UK Government announced plans for new legislation to “ensure that tips left for workers will go to them in full”; the law will state that tips “must go to the workers providing the service” in their entirety.

New legislation, which the government said will be introduced “at the earliest opportunity”, comes more than two years after an official government review into tipping practices concluded that all tips should be given to waiting staff (which itself followed reports from 2015 that some high street chains were deducting a percentage from tips paid by credit or debit card).

Paul Waterson of the Scottish Licensed Trade Association (SLTA) said he is supportive of the move to legislate.

“Tips are very obviously staff money and it should be given to them”, he said.

“We’ve got to look after the interests of the employee in every way. We’re very clear: staff tips are for the staff.”

Similarly, Ryan James, chair of the Glasgow Restaurant Association, said there “has to be a level playing field across the board”.

“A voluntary code of practice is fine, but that’s exactly what it is – voluntary,” he said.

“The problem with tipping is there’s different ways of doing it. To simplify the rules and actually get a set of rules from HMRC which is both simple to understand and easy to operate, [that] would be fantastic.

“I think everyone agrees. If someone is leaving a tip for a member of staff, it’s for the staff – not for any other purposes.”

However, some are wary of using legislation to resolve the issue.

Scott Gemmell, managing director of hospitality training and events company LA Group, told SLTN that any form of legislation must have a “loose definition” and should not be over-reaching.

He said: “What’s really important here is this money doesn’t get lost and end up in some manager’s bonus when it should be a frontline expense. So in my eyes, it should just be legislation to protect and ensure that businesses do allocate tips to frontline staff and they don’t get lost in translation.”

But UK Hospitality’s Kate Nicholls warned that any new legislation is “an unnecessary burden”, highlighting that the group took “immediate voluntary action” when the issue was first raised to create a union-approved code of practice.

“As a result, best practice has been widely promoted across the sector,” said Nicholls.

“There is no evidence that further legislation, which may have unforeseen consequences for staff, is necessary at this time.”