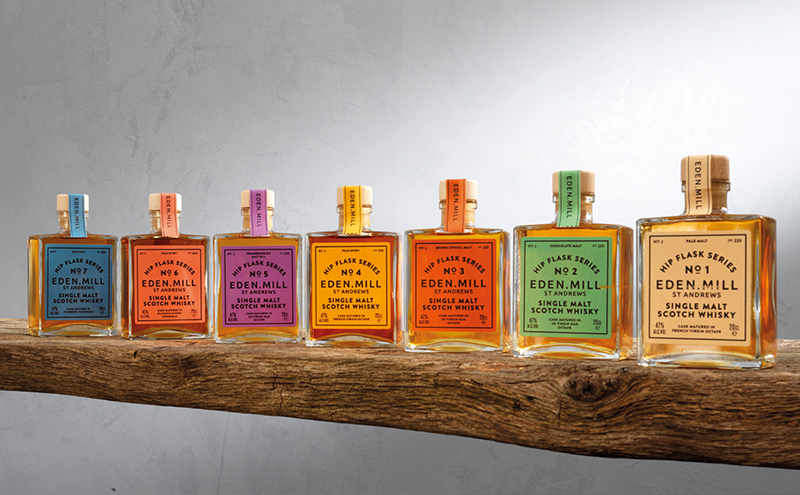 IT’S been a historic year for Eden Mill and St Andrews as the firm brought whisky distilling back to the area for the first time in almost 160 years with the release of its first single malt whisky.

Eden Mill launched its Hipflask Series, a selection of seven different single malt expressions, earlier this year with 3800 20cl bottles of the whiskies made available.

The last known whisky distillery in the St Andrews area was the Haig family-owned Seggie Distillery, where the Eden Mill distillery now sits, which closed in 1860.

Paul Miller, co-founder of Eden Mill, said: “St Andrews has a rich history when it comes to whisky, and now over a century and a half later we’re picking it up where it left off – on the site of the old Seggie Distillery that Eden Mill now stands on.

“The Hipflask Series is about applying the pioneering and experimental nature synonymous with Eden Mill to single malt whisky, showing the power of trying different grains, processes, maturation techniques and woods to highlight what you can do differently within the realm of single malt Scotch whisky.”