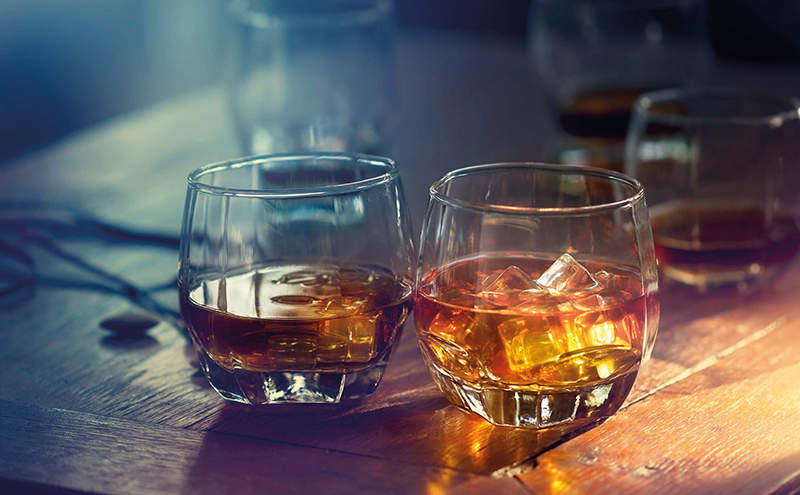 DESPITE being the home of Scotch whisky (or perhaps even because of it) there has always been a demand for American whiskey in Scotland.

While the two types of spirit have similar production techniques, their image could hardly be more different.

If Scotch is the distinguished, well-dressed gentleman of the family then American whiskey is the younger, cooler cousin that gets invited to all the best parties.

According to Dan Bolton, managing director of Hi-Spirits – which distributes Buffalo Trace in the UK, the category is currently in growth, and a big reason for that is its accessibility to younger consumers.

“American whiskey is seen as more accessible by younger consumers coming into the market as they reach adulthood, who increasingly enjoy cocktails as part of their social life,” said Bolton.

“American whiskey has always celebrated its mixability, and its heritage as a party spirit goes back to the jazz age of New Orleans.

American whiskey has always celebrated its mixability and heritage as a party spirit.

“In contrast, Scotch has painted itself into a corner with its ‘heather and weather’ marketing, creating a mystique around its product which actually deters younger consumers.”

Mixed drinks, from classic cocktails such as the Old Fashioned or Whisky Sour to longer serves, are said to be driving this growth.

Teddy Joseph, whisky specialist at Edrington-Beam Suntory UK, which counts Jim Beam and Maker’s Mark in its portfolio, said consumers have “a long-standing appreciation for a good whiskey cocktail”.

“In my opinion, there will always be demand for whiskey enjoyed neat and in traditional cocktails, but what we’re starting to see more of is long and refreshing-style serves like the highball,” said Joseph.

He said: “Using other carbonated tonics and mixers to create playful highball serves is increasingly popular as consumers experiment with bourbon beyond sipping and in short, strong drinks.

“A whisky highball can be the most refreshing of summer tipples, and many of the great classic bourbon cocktails like a Boulevardier can easily be lengthened.”

Part of the reason American whiskey is so well-suited to mixing is the range of flavour profiles in the category, and this variety means licensees should consider stocking a number of whiskeys to ensure they are covering their bases and offering a range of different styles to their customers.

“It’s important that bars offer a wide range of whisk(e)y so that there’s something for everyone,” said Joseph at Edrington-Beam Suntory.

As with every drinks category, it’s important to match the range to customer demand.

That said, there’s no point in adding a hundred brands just for the sake of it.

“As with every drinks category, it’s important to match the range to customer demand, and ensure that every brand on the back-bar earns its place,” said Bolton at Hi-Spirits.

He offered several key points of advice for licensees to help them grow sales of American whiskey in their outlets.

The first point was to ensure that every bottle on the back-bar offers something different in terms of flavour and suggested serve.

Staff were also highlighted as being particularly important, and operators were encouraged to engage their staff through brand training and tasting sessions to ensure they were well-versed in the products behind the bar.

Lastly, although the spirit lends itself to a wide range of different serves, these don’t have to be particularly complex in order to prove popular with customers.

“Remember that bourbon drinks don’t have to be complicated or time-consuming, as long as they’re well served,” said Bolton.

“A bourbon and cola, a Boilermaker offering a craft beer with a shot of bourbon on the side, and a Mint Julep served from the chiller are all popular, simple and profitable serves.”