Operator focuses on US whiskey in debut venue 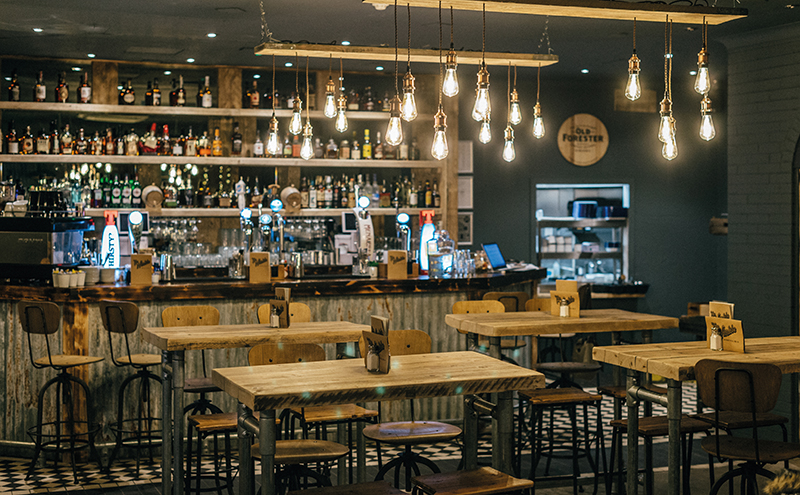 IT’S a truth that we can hold to be self-evident that, culturally, the UK has followed America for decades, be it in film, fashion or food.

So it seems pretty prudent on Derek Mallon’s part that, when looking to open his first bar, he peeked across the Atlantic for ideas.

Having spent over 14 years working with The Restaurant Group (TRG) in management and directorship positions, trips stateside became an annual occurrence to see what trends were developing.

One such trip ultimately led to his first outlet in Glasgow, Van Winkle on the city’s Gallowgate, which opened last November.

“The whole purpose of those trips was to see what was working over there and see what could work here,” he said.

“One year, I went to the Buffalo Trace distillery, just outside Louisville, Kentucky, and I guess it gave me a lot of inspiration.

“That trip certainly stuck with me. I thought doing a bourbon bar with this style of decor would go particularly well in Glasgow.” 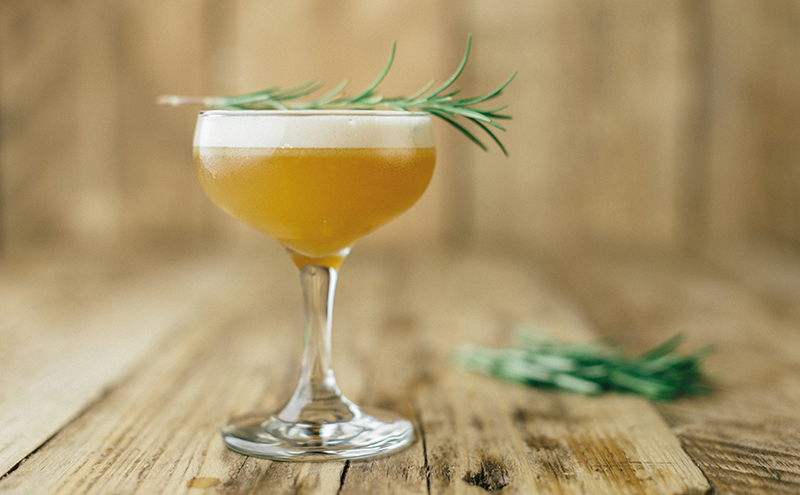 And Van Winkle’s selection of the spirit does not disappoint; 83 bourbons means it lays claim to being amongst the largest ranges in the Scottish on-trade, featuring some of the most sought after expressions, such as the Pappy Van Winkle’s Family Reserve 15, a bourbon akin to holy water amongst lovers of American whiskey, further borne out by the fact a 23 year old bottling was presented to Pope Francis in April.

“We’ve been told it’s the biggest collection in Scotland but it’s not something we are going to be complacent with, we want to keep growing it,” said Derek.

“We started with 60, we’re up at 83 now and we’re looking to grow the collection to 100 bourbons over the next couple of months.

“Bourbon is becoming a big thing and I think it’ll grow in the UK. It’s come a long way from just being one or two brands that dominate the scene and whilst I’m not sure if it’s the new gin, it has made massive inroads in Scotland and around the world.

“It is a product with a huge appeal.”

And the venue’s focus on the spirit is reinforced by its cocktail list, which features whiskey-led classics, such as the Old Fashioned, Sazerac and Mint Julep, as well as three tasting flights.

When it comes to food, an array of American BBQ classics such as baby back ribs, roast chicken and even bourbon BBQ brisket is offered, while other specialities include burgers, pizza and chicken wings.

“It’s all fresh and smoked in-house,” said Derek. “We’ve been told our chicken wings are the best on this side of the Atlantic. I’m not claiming that but our customers are!

“Our halloumi fries have been really popular too. Again, the food is something we won’t be complacent with either.

“I think what we are doing is giving people what they want to eat and it’s been very well-received.”

The 52 covers inside is bolstered by a  supplementary 30 covers in the outdoor area, where live sports and al fresco grilling – as well as the bar’s selection of seven draught beers which includes Tennent’s, Brooklyn and Seven Peaks IPA – have proven popular during the recent good weather. 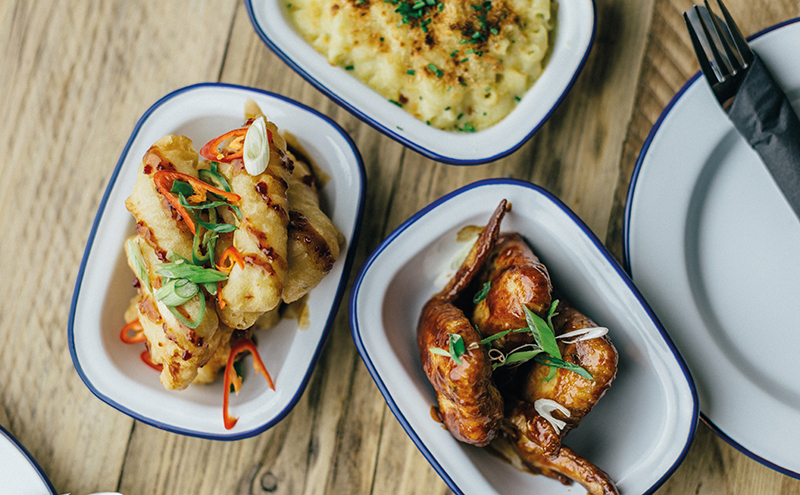 The bar’s location is remarkable, just across the road from the Barrowland Ballroom and the famous Barras market, a bustling haven for shoppers and bargain seekers for generations.

Yet a decline in footfall from Glasgow’s denizens left the area quiet over the last ten years and a few traditional outlets had to bow out.

However, the area is back on the up once more as a flurry of new bars and restaurants demonstrate, something which made it an attractive proposition for Derek.

He said: “I see this as an area that will grow, I looked at the unit and thought ‘that’s perfect’.

“I was talking to people in the trade and there is a real buzz about the place.

“A number of people are talking about how it will become the new Finnieston and while that may be exaggerated, I do think the next six months here will be very interesting.

“So I saw this as an opportunity not to go in and be packed out from the start but to have a business which will grow and it’s been doing that which is really encouraging.

“The Barrowlands is getting more concerts and the Trnsmt festival at Glasgow Green puts a spotlight on the area but away from events, we’ve built up a great clientele here who live and work in and around the area.

“Our customers have been fantastic and it’s probably one of the best places for customer interaction I’ve seen.”