The report, which was headed by former SNP MSP and economist Andrew Wilson, was commissioned to set out the economic options open to an independent Scotland.

One of its key proposals is that Scotland would initially retain the pound post-independence – and a new Scottish currency would only be introduced if the country’s economy passed a series of economic tests.

But commercial agents have hit out at the proposals.

Alan Goldie of The Restaurant Agency told SLTN that if an independent Scotland was to initially retain the pound, it would be bound to the Bank of England’s setting of interest rates, which he said “would potentially restrict inward investment and could further destabalise an already fragile economic footprint for the independent and corporate restaurant market”.

Ultimately, Goldie reckons independence in any form “would just dull the economy once again, lead to further uncertainty and further damage an already fragile economy as it stands”.

Peter Seymour of Graham & Sibbald said there “is a real risk that putting Indyref2 on the table will be a real negative in the market place”, adding that with continued uncertainty surrounding Brexit, another referendum “would be seen as a real barrier to deals being done”.

Barry McNeil of Cornerstone Business Agents said a second independence vote would have “a detrimental effect on the leisure property market in Scotland”.

“I know anecdotally of several hotel deals which would have not completed if independence was achieved back in 2014,” said McNeil.

“Institutional investors and private funds viewed that an independent Scotland was too much of a risk and there was safer global locations for money to be invested.

“The same scenario will happen if Indyref2 was called.” 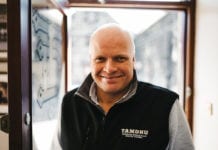 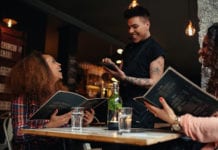 Coronavirus: ‘tronc’ payments should be included