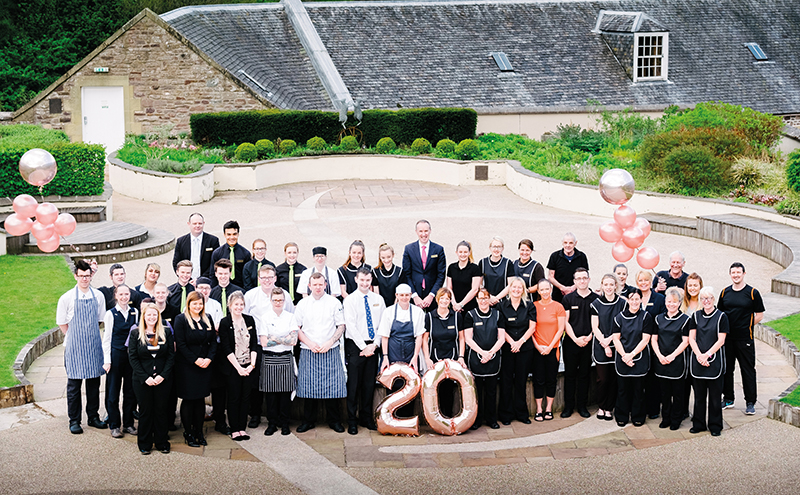 IT has been an anniversary to remember for the New Lanark Mill Hotel as the venue celebrated two decades in business with the refurbishment of its 38 bedrooms and secured four-star status from VisitScotland.

The hotel, which was previously an 18th century cotton mill and is situated within the New Lanark UNESCO World Heritage Site, was first opened in May 1998 after years of restoration by the New Lanark Trust.

Commenting on the new four-star rating, John Stirrat, the hotel’s general manager, said: “We are absolutely delighted to have achieved this accolade following a full bedroom refurbishment, coupled with consistently high levels of service provided by our staff.

“What a tremendous achievement at the same time as we celebrate our 20th anniversary.”