THE owners of independent multiple operator Di Maggio’s Restaurant Group (DRG) have stressed the importance of quality catering equipment when it comes to delivering a consistent food service week in, week out.

Mario Gizzi and Tony Conetta, who opened their first restaurant in Glasgow’s west end in 1985 and have gone on to build a portfolio of more than 20 venues, including Amarone and Cafe Andaluz restaurants in Glasgow, Aberdeen and Edinburgh and The Anchor Line, The Citizen and Barolo Grill in Glasgow, have relied on the relationships and expertise of various catering equipment manufacturers and distributors in order to fit each of the kitchens in their restaurants to an exacting standard.

Gizzi said: “Our menus differ from site to site, but one thing that remains constant is quality.

“Whether the kitchen is open plan, such as those in The Anchor Line and Barolo Grill, or more traditional, as in some of the original Di Maggio’s restaurants, we want equipment that will perform time and time again.”

Having worked extensively with catering equipment supplier, Jestic Foodservice Equipment, Gizzi said the relationship was key when it came to selecting the right pizza oven.

“Having spent a great deal of time researching pizza ovens, we knew we wanted a Wood Stone,” he explained.

“The first oven we purchased was one of the original wood-fire models – an appliance that is still in use today.

“With Glasgow becoming a smokeless zone shortly after, this oven is our only authentic wood fired oven, but our relationship with Jestic, the supplier of Wood Stone ovens, has continued ever since.

“In fact, we now have four gas-fired Wood Stone ovens, and a number of other deck ovens from Jestic in addition to the original unit.

“Our most recent purchase from the company came in the shape of a new Josper (charcoal oven), which we installed into The Anchor Line restaurant a few months ago.”

Having a good relationship with a trusted catering equipment supplier also offers operators various other benefits, according to Gizzi.

As well as being able to contact the team at Jestic for equipment maintenance, Gizzi reckons the training the firm offers the group’s kitchen staff can prove invaluable to service.

“On a number of occasions I have taken a group of chefs down to spend a day with the Jestic culinary team trialing a new piece of kit or cooking method,” said Gizzi, who added that the “innovation and new ideas [catering equipment suppliers can] provide is real food for thought when planning a new site”. 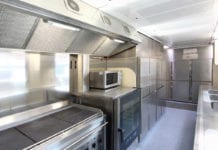 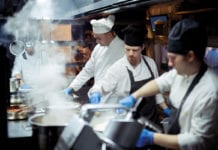 Equipment sales expected to grow in 2020 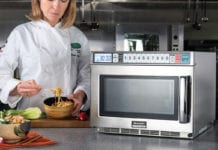 When it’s quality and consistency you need