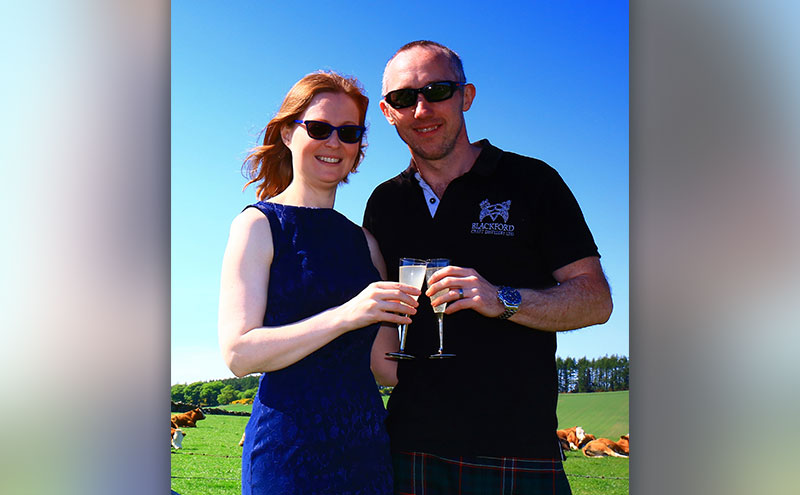 AN Aberdeenshire microdistillery has marked its first year in business with the launch of a new small-batch spirit.

Blackford Craft Distillery, which was set up by Neil and Katie Sime in 2017 in Blackford, near Rothienorman, released Vesperis Heather Honey Vodka, which is made using local heather honey, last Saturday (June 2); it joins Vesperis Pictish Gin and Vesperis Pictish Vodka.

Neil said there are also plans to launch a fruit-infused gin later this year.

“Blackford Craft Distillery is, at its heart, a family business with its roots in north east Scotland, but we have great ambition for expansion,” he said.