The opening of Rogue in St Andrews has been a team effort. Dave Hunter reports 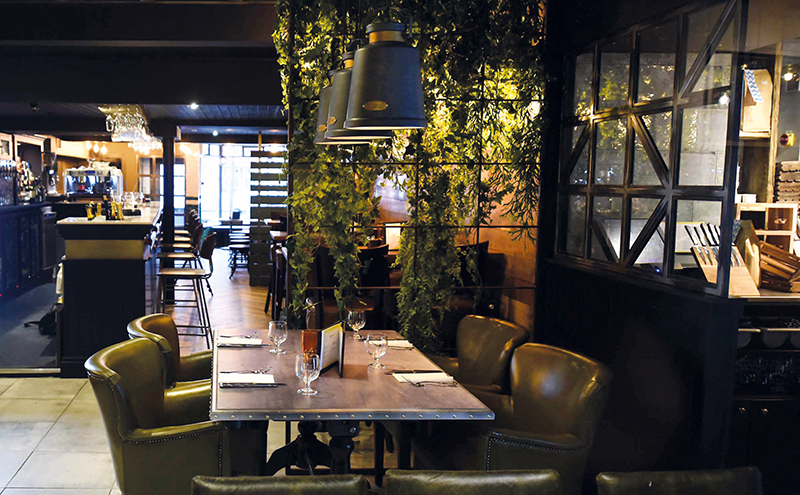 THE creation of St Andrews bar, restaurant and distillery, Rogue, wasn’t only the first foray into the Fife town for Glasgow-based Kained Holdings, it was also the beginning of a new business partnership.

Kained made headlines this year when it announced that it was entering into a partnership with brewing and pub giant Greene King, which could potentially see the two companies working together to open venues across the UK.

The first of those outlets was to be in the unit that formerly housed Greene King’s Drouthy Neebors pub in St Andrews.

A sizeable refurb of the site was carried out in February and March in order to transform what had been a traditional pub into a contemporary venue in the vein of Kained’s Glasgow outlets such as The Finnieston and Porter & Rye, but with the added dimension of its own in-house distillery.

I can’t shout loudly enough about how great the local suppliers have been.

“I really wanted the fine detail in the project,” Graham told SLTN.

“You had to be able to sit in your seat and look around and notice all the little details. (Alan Baxter) said ‘I’ve got the very person for you’ and introduced us to Gillian, who became the lead designer.

“Normally when I work with designers I have to keep going back to them and trying to goad them into [my] way of thinking. But she came back to me with her first proposal and just knocked it out of the park.

The 60-cover unit didn’t provide a great deal of space to work with, but the design team, working with contractor R Davidson Joiners and specialists such as lighting firm Lightique and plant-scaping company Benholm Group, was able to create a venue that was modern while making use of traditional features such as original stonework and timber.

Gillian said: “Graham was keen that everything should be highly detailed so there is very little in the way of standard painted wall finishes and instead we have rough plaster, exposed stonework, timber cladding and feature tiled walls.”

Making the most of the space was not without its challenges, and each of the companies had a role to play in making sure the finished venue looked its best.

“The metal screens with the planting are used to divide the areas and create more intimate seating areas,” said Gillian.

“The long narrow shape of the premises was challenging to work with but the use of screens and narrower bench seating has allowed us to maximise covers.”

With artificial plants used throughout the venue, it was essential the right planting was used.

“We selected artificial planting that was wild and leafy with lots of ferns, etc. to avoid any kind of a tropical look and to blend with all the other natural finishes used throughout the restaurant,” said Adrian Byne, marketing manager at Benholm Group.

“The planting included lots of lush green foliage in wall panels as well as trailing foliage all over the metal ceiling grids.”

Gary Smith of Lightique said it was “a great pleasure working with Gillian to manufacture some amazing bespoke lights”. 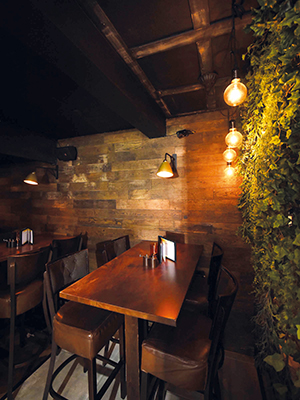 And Michael Davidson of contractor R Davidson said the project was “exciting to work on and deliver and you could slowly see the design coming together”.

“The project team worked well together to achieve a clean handover and on time,” said Michael.

“The project was greatly received by all parties involved.”

The process was also made smoother by Greene King’s hands-off approach to the venture, allowing Kained to take the lead.

“Sometimes when you have two parties involved in design, because design is such a personal thing, it becomes a real battle,” said Graham.

“[Greene King] know what our style is and what we like to do, and they were confident enough to sit back and say ‘go for it’.”

The biggest change to the unit was the creation of an in-house distillery, which is located at the back of the restaurant and is visible from the moment customers enter the venue.

In order to create space for the still room the venue’s cellar was relocated to the rear of the property and its former cellar space kitted out with a copper still and large, floor to ceiling windows that open the space up to the restaurant and make it a visual feature for customers.

The gin produced there, under the brand name Felons, features in a number of the bar’s signature serves and is, in a sense, representative of Rogue’s wider commitment to using as many locally-produced ingredients as possible.

On the food side, this includes sourcing all its meat from local butcher Minick of St Andrews, while seafood comes from a number of local fishmongers, cheese from the St Andrews Cheese Company and desserts from local baker Fisher & Donaldson.

“I can’t shout loudly enough about how great the local suppliers have been, not just in terms of their enthusiasm and assistance, but the quality of produce up there,” said Graham.

“It’s almost in a league of its own.”

And, in addition to its own Felons brand, the drinks list includes names such as the neighbouring St Andrews Brewing Company – a brewpub only a few doors down from Rogue – and Perthshire brewer Abernyte as well as other Scottish names such as Harviestoun, Innis & Gunn, Fierce Beer and West.

The spirits side of the drinks list draws inspiration from Kained’s Glasgow venue, The Finnieston, with a selection of perfect serve gin and tonics – each pairing a specific gin with a particular tonic and garnish – as well as a range of Highball serves.

On cocktails, the team decided to keep the list contained, with a small selection covering all the biggest styles. 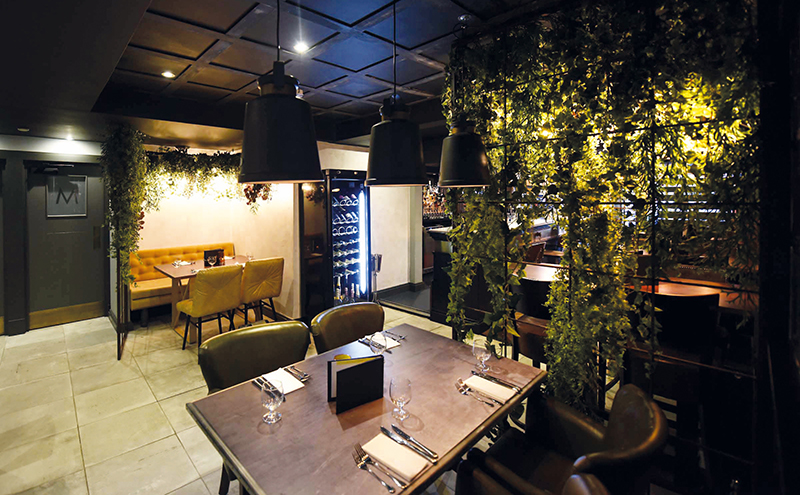 Graham said: “The drinks needed to be built really well.

“People make the mistake of making these huge cocktail lists, but we wanted to cover all the bases.

“So we’ve got things like an Aviation, Clover Club, Negroni, Daiquri, Old Fashioned and Mojito.”

On the wine side, the team at Kained experienced another first, working with supplier Enotria for the first time.

Graham said he was “bowled over by the quality of the wine” from the company. And the selection allowed the team to put together a list of unusual wines for the venue, split into seven different sections: Hoofin’ (unusual wines from smaller wineries); With Steak; With Seafood; Before Dinner Gems; Big Occasion Stuff; Connoisseurs Collection; Sweet & Sexy; and The Magnum Club (a selection of wines all available in Magnum bottles).

Graham said: “Wine lists get quite stuffy, and I think some places you go to the wine list is imposing and you get lost and start looking for names you recognise or prices you think are right. And I don’t think that’s the way you should look at wine.

“There’s so many different wines out there that I think people need help to make a quick decision without being overbearing.”

If Rogue finds a welcome home in St Andrews, the town could be just the first stop for the new Kained/Greene King partnership.