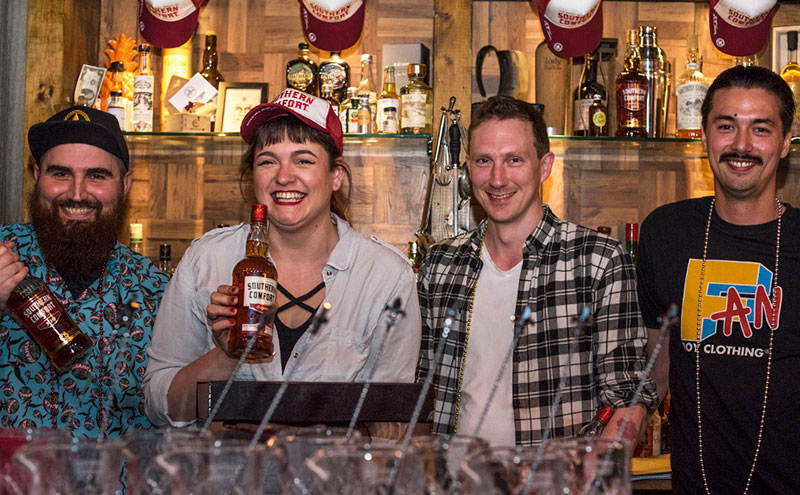 DUNDEE bartender Sarah Berardi will head to London in May after winning the Scottish heat of Southern Comfort’s Southern Showdown cocktail competition.

Mixologists representing venues from five Scottish cities went head to head in the contest, which has held at cocktail bar Kin on Barony Street on April 26. They were tasked with recreating the spirit of their home town in a cocktail using Southern Comfort, which is distributed in the UK by Hi-Spirits.

Louisiana-born Berardi, general manager and head bartender at Draffens in Dundee, was crowned the winner for her creation Mississippi Mama, a sweet ice tea style drink that paid tribute to her mother.

Dan Elphinstone of Orchid in Aberdeen came second with his Newton Tall Boy concoction, while the Voyage of Buck’s Ciaran Russell also honoured his mother with his entry that combined Southern Comfort and champagne.

Judges, Kin’s Sam Baxendale, Sussex bartender David White and Iain McPherson, owner of Edinburgh bars Panda and Sons and Hoot The Redeemer, were unanimous in their decision with Berardi now set to represent Scotland at the UK final in London in May on the Dixie Queen riverboat.

The national winner and two runners-up will win a VIP trip to New Orleans, the city where Southern Comfort was created by bartender Martin Wilkes Heron in 1874, as well as tickets to Tales of the Cocktail in the city.

While in New Orleans, the UK winner will take on the national winners from Ireland and Australia in the competition’s Grand Finale.