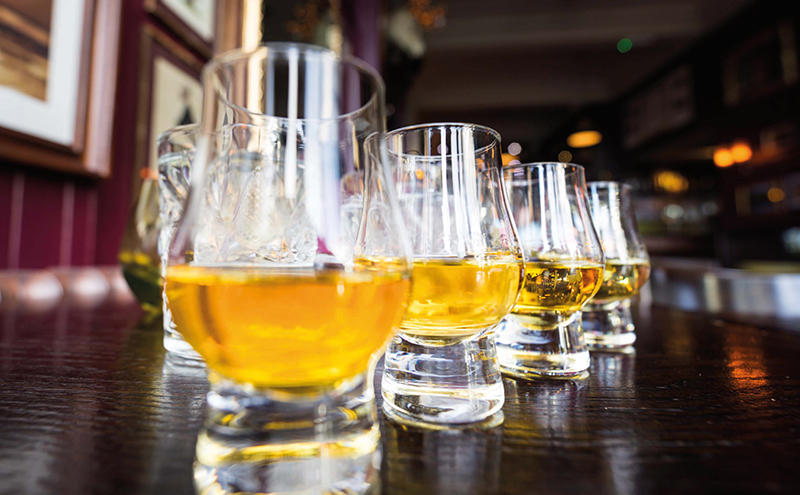 IT’S one of the most popular spirits in the world, with a broad spectrum of styles and flavour profiles. And yet, even in the home of Scotch, whisky doesn’t always enjoy the same profile in bars and pubs as spirits such as gin, rum or vodka.

However, in the course of the year there are several opportunities for operators to make a feature of whisky in their outlets.

World Whisky Day, on May 19, is one of these occasions, and whisky firms have encouraged licensees to embrace the event and use it as a way to promote Scottish and world whiskies in their venues.

Scott Dickson at Loch Lomond Group, owner of the Loch Lomond, Glen Scotia and Inchmurrin whiskies, among others, said World Whisky Day presents “a fantastic opportunity for Scottish on-trade establishments to introduce the spirit to a new audience and boost sales”.

And getting involved is said to be fairly straightforward.

“Getting involved is simple,” said Teddy Joseph of Edrington-Beam Suntory UK, distributor of brands including Highland Park, The Macallan and Maker’s Mark.

“Pubs and bars can offer a special menu on the day, offer tasting flights or a masterclass to customers.

“With the younger demographic, cocktails are becoming increasingly popular, so offering serves such as the Highball or the Old Fashioned as a special could entice a new audience to the category.”

Whisky flights were also recommended by Dickson at Loch Lomond Group, who said they can be the ideal way for outlets to upsell premium whiskies to customers.

“This can be a great way to include a selection of premium aged and younger single malts and if presented as a way of sharing an experience, can really help to drive sales,” said Dickson.

Pubs and bars can offer a menu, offer tasting flights or a masterclass to customers.

On the other hand, offering a premium whisky at a discounted price could also be an effective way of recruiting serious whisky fans, according to John Torrance, distillery manager at Tullibardine.

“As most bars advertise a ‘malt of the month’, why not offer a discount or really special malt to customers to celebrate,” said Torrance.

Promotions can also encourage whisky drinkers to explore different styles of the spirit – or examples from other countries.

A spokesman for Distell International, the firm behind Bain’s Cape Mountain whisky, said: “People are more likely to try a different whisky on such a day, so if there are promotions running, perhaps based on a specific style or country, it would certainly spike the interest and sales of lesser-known whiskies.”

It’s not just about catering to established whisky drinkers, however.

“By showcasing not only how delicious whisky is, but also its versatility in cocktails and various ways to drink it (on the rocks, neat or with a drop of water), pubs and bars have the opportunity to create a real buzz and boost sales,” said Torrance, at Tullibardine.

And it’s the ideal time to promote the spirit to new customers, with more people open to whisky than ever before, said the Distell spokesman.

He said: “We are in a generation where people are not afraid to try new things and whisky has certainly benefitted.”

As well as promoting any World Whisky Day activity in outlet, operators are advised to use their social media channels to get the word out to customers.

“Bringing people together to focus on whisky on a certain day and communicating that message via social media channels should gather up enough momentum to spread the message to younger consumers who are not already drinking whisky,” said Katy Macanna, brand manager for Glengoyne at Ian Macleod Distillers.