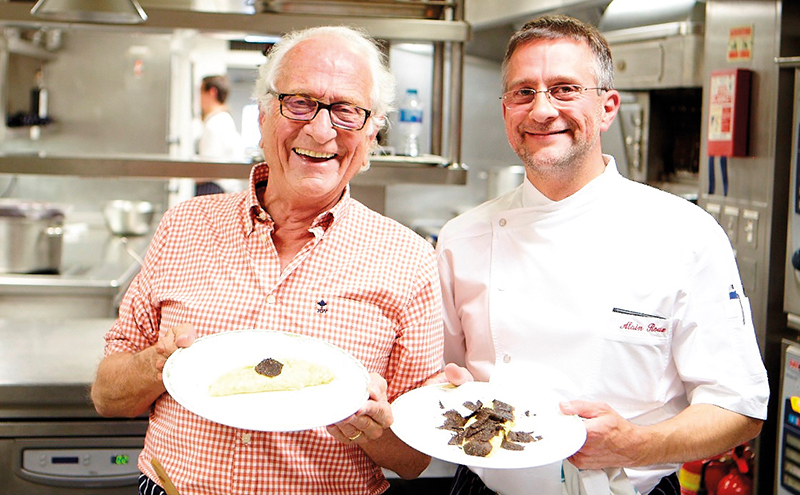 THE Balmoral Hotel in Edinburgh city centre is set for a pair of Michelin starred additions when father and son Michel and Alain Roux (pictured) open the venue’s new 210-cover restaurant next month.

Alain has been appointed signature chef at the new brasserie and bar which will replace the hotel’s former Hadrian’s Brasserie and The Balmoral Bar after a £3 million renovation.

The Rouxs’ Waterside Inn near London is the only restaurant outside France to have retained three Michelin stars for more than 30 years.

Alain said: “This exciting new brasserie will be defined by a seasonally-changing menu rooted in French bistro dishes, in the classic modern style. It will be an exciting menu, informed by my French heritage but totally inspired by Scotland.”