Scotland’s top-selling spirit is evolving in a premium, flavoured direction 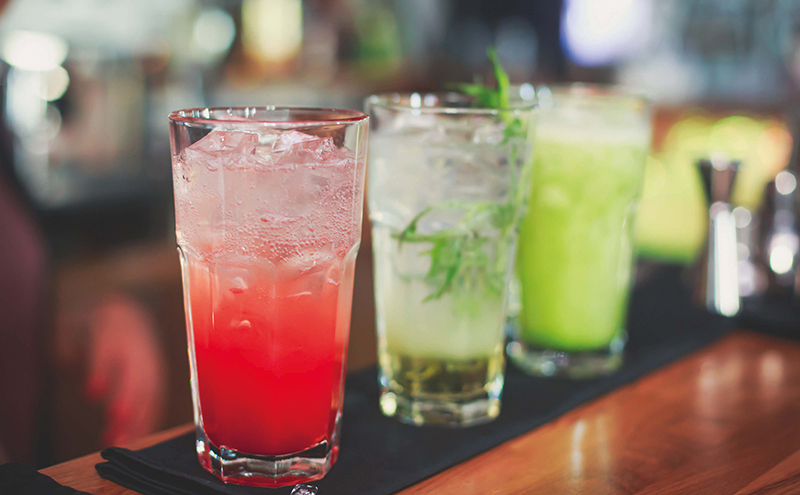 IT is perhaps no surprise that vodka continues to reign as the on-trade’s most popular spirit.

Even in the land of whisky and a burgeoning gin industry, the distillate’s versatility across long mixer drinks and cocktails has stood the test of time.

Last year research firm CGA reported that vodka sales in Scottish bars were behind only beer and wine with a market value of £225 million – £111 million more than Scotch whisky.

Although the four top-selling brands in Scotland remained the same, with Diageo’s leviathan, Smirnoff, said to account for 66% of all vodka sales in the on-trade, the category is far from static as the key trends of premiumisation and craft as well as a move towards flavoured vodkas begin to gather pace.

As the spirit accounts for almost a third of all UK on-trade spirit volume sales (according to the William Grant & Sons Market Report 2017), it’s a category prudent licensees pay attention to.

And it’s a market in flux.

Earlier this year Russian Standard claimed to have become the second largest vodka brand in the UK in volume terms after growth of 3% in the course of 2017. Russian Standard owner Roust is aiming to grow the brand further with a £2.5 million marketing campaign that will include high visibility outdoor sites in Scotland as well as activity at some of the country’s major music festivals.

Flavoured variants and craft vodkas have also taken a larger share of on-trade sales, with the William Grant report stating that flavoured vodkas now account for 5.8% of the UK market in value terms.

People won’t continue to drink in the traditional way as they are keen to look after their health.

Polish vodka Żubrówka Bison Grass, Absolut Vanilla and Smirnoff Lime were said to be the three most popular flavoured brands respectively. And the consumer thirst for fruit-inspired releases, particularly tart flavours, appears to be high with brands such as Grey Goose, Absolut and Belvedere all having launched citrus variants in the recent past.

Seasonality has also played a role in the development of new releases.

And Accolade Wines entered the spirits category for the first time in 2017 with the launch of Echo Falls Summer Berries Vodka, following the success of its fruit fusions wine range.

The rise of health-conscious consumers is also beginning to be reflected in the vodka category.

Earlier this year, drinks wholesaler Interbev announced a deal to distribute Vita, said to be the first vodka designed to be mixed with water, made by Barcelona-based Vita Spirits.

The Spanish producer is aiming to pull in health-conscious, younger drinkers, who it says are “keen to enjoy alcohol without the sugar, gluten and additives prevalent in soft drink mixers”.

Victor Ruiz Lafita, founder of Vita Spirits, said: “We believe that many people won’t continue to drink in the traditional way and that Vita is ahead of the game in that respect. We’ve had a great reaction in Spain, but as vodka consumption is 15 times higher in the UK, and the British are keen to look after their health, we’re very excited to launch here.”