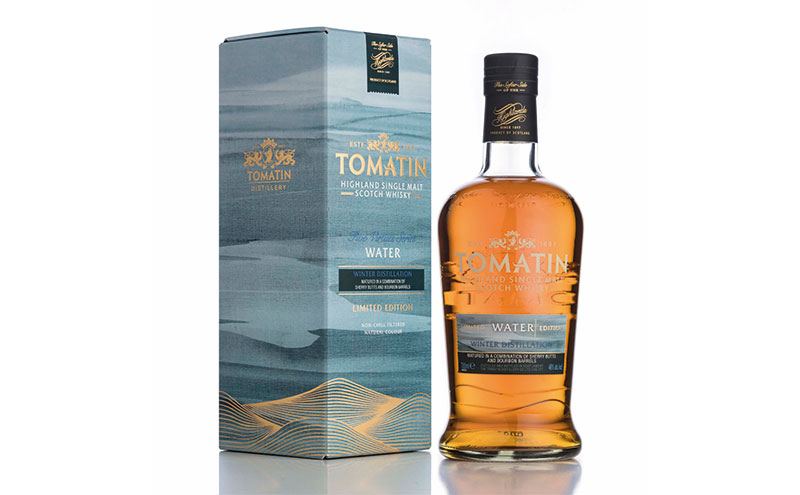 THE Tomatin distillery has completed its elemental-inspired Five Virtues series with the release of the Metal and Water expressions.

Representing the distillery’s 12 copper stills, the Metal edition has been aged in first-fill bourbon barrels and is described as having flavours of creamy vanilla laced with milk chocolate, marshmallows and ice cream.

The Water edition, meanwhile, has been designed to reflect the qualities of the Alt-na-Frith burn from which Tomatin draws its water.

The whisky was winter-distilled and aged in sherry butts to create what’s described as a fruity flavour with hints of chocolate honeycomb and toffee.

“After the tremendous success we experienced when we released our first three expressions in the Five Virtues series last year, we are incredibly excited to see how the public receive the final two elements in the collection: Metal and Water,” said Tomatin marketing manager, Jennifer Masson.

“The Five Virtues series was inspired by global concepts and the growth we’ve experienced as a brand, so it is incredible to have the series so well received by customers that know us or who are only just hearing about Tomatin.”

As well as Metal and Water, the range includes Wood, Fire and Earth.