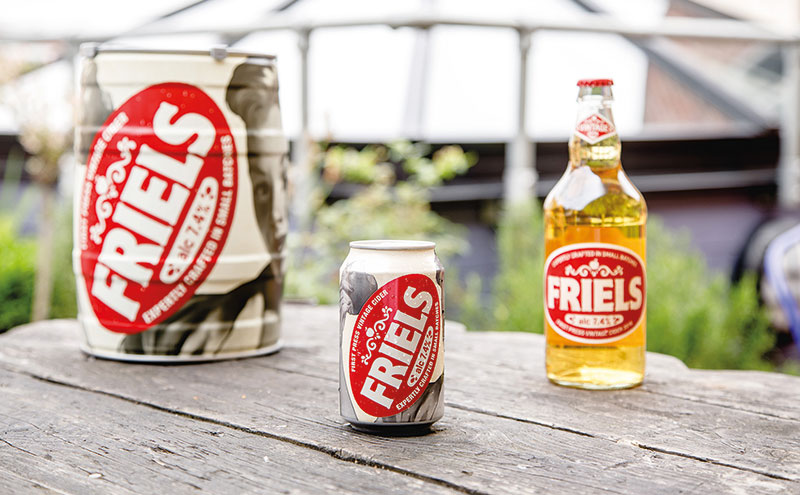 AN alliance between craft cider and the resurgent vinyl music market has been established after Friels First Press Vintage Cider was announced as the first ever Official Cider Partner for Record Store Day UK 2018 on April 21.

The day, which celebrates independent record stores, sees record labels create hundreds of exclusive products to mark the occasion. Over 230 stores will take part in the event this year. The initiative is said to have propelled vinyl sales from 75,000 albums in 2008 to 4.3 million in 2017.

Glenn Friel of parent firm Aston Manor Cider said: “As an independent family business we’re proud to be collaborating with Record Store Day to celebrate the culture of independent record shops. Our partnership provides a natural opportunity to raise awareness with the growing number of vinyl music enthusiasts and combine their love of pure music with pure cider refreshment.”