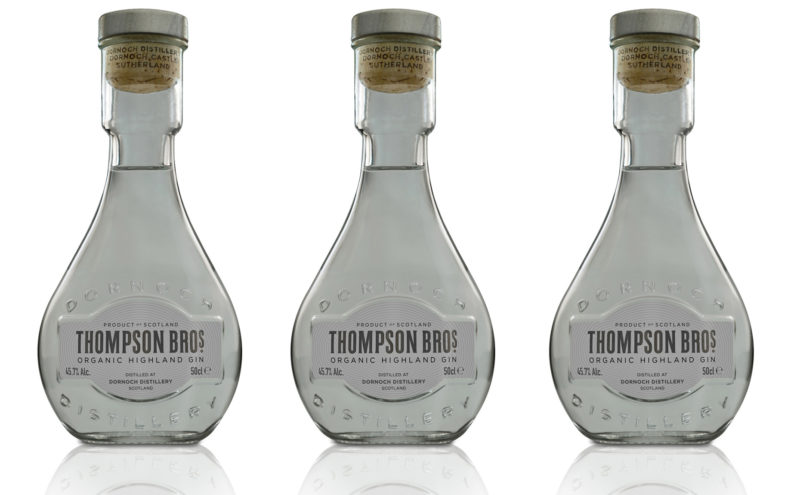 THE fire station which once occupied the building that’s now home to Dornoch Distillery is credited with inspiring the bottle design for recently-launched Thompson Bros Organic Highland Gin.

The spirit, created by brothers Simon and Phil Thompson at the micro-distillery in the grounds of their family-owned Dornoch Castle Hotel, is packaged in clear glass bottles whose design is based on a 19th century fire grenade.

Production at the distillery, which Phil and Simon set up on the back of a crowdfunding drive, began in December 2016, with the creation of ten Experimental Batch gins which were tested to decide which gin to put into production.

The result is the 45.7% ABV Thompson Bros Organic Highland Gin – 10% house made spirit, which is said to provide body and texture, and 90% grain neutral spirit infused with Dornoch Distillery’s botanical blend, which includes meadowsweet, elderflower, peppercorns and freeze-dried raspberry.