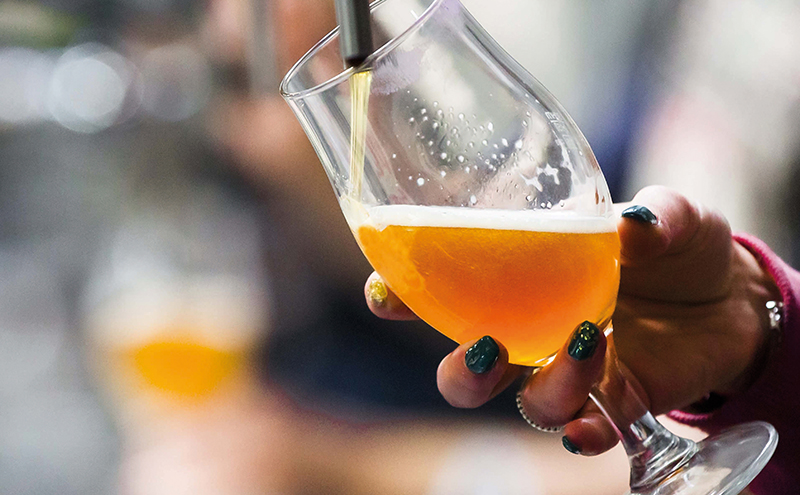 FOOD matching and taster samples are among the best ways to grow beer sales in pubs, according to research from Carlsberg.

The brewer’s most recent Consumer Insights Report, published last month, took an in-depth look at consumer behaviour and preferences in licensed premises across the UK. As well as insights into the styles of outlet proving most popular – and the importance of factors such as service levels and facilities to different consumer groups – the report highlighted attitudes towards beer, and what is important to different age groups.

Among the findings was the statistic that half of consumers would be interested in recommendations for a beer that matches their food, with that percentage rising to 67% when looking at consumers between the ages of 26 and 35.

In food-led venues, consumers were said to prefer ‘world lagers’, and were willing to opt for alternative brands if their favourites were not available.

Staff education was described as “key to encouraging trial” of beers, with tasters and samples said to be “by some distance the most attractive option to encourage trial”.

In total, 88% of respondents said they would be encouraged to try a new beer if they were offered a taster or sample, with 82% stating they could be influenced by information about a new beer at the bar and 79% by a promotion or deal.

Recommendations by bar staff could encourage 70% of consumers to try a new beer, according to the report.

The importance of draught beer was also highlighted, with 63% of respondents stating they preferred draught lager when in the pub.

Draught was said to be particularly popular among pub customers over 50, with 26 to 35 year olds being the most likely to prefer bottled beer – although even in this age group draught was the preferred format.

Craft beer, unsurprisingly, was also said to be a major opportunity for licensed premises, with 66% of respondents to Carlsberg’s research saying they had drunk craft beer. This rose to 77% of men, and 72% of respondents under 35. More than half of consumers – 52% – would drink craft beer in a wet-led or traditional pub, according to the report.

The most common reason for choosing craft beer (76% of respondents) was the taste, with promotions and an interest in smaller or local brands also high on the list.

“For outlets to successfully execute a craft proposition it is important to understand the role that it can play on the bar, how customers can choose what to drink and the best way to encourage trial,” said the report.