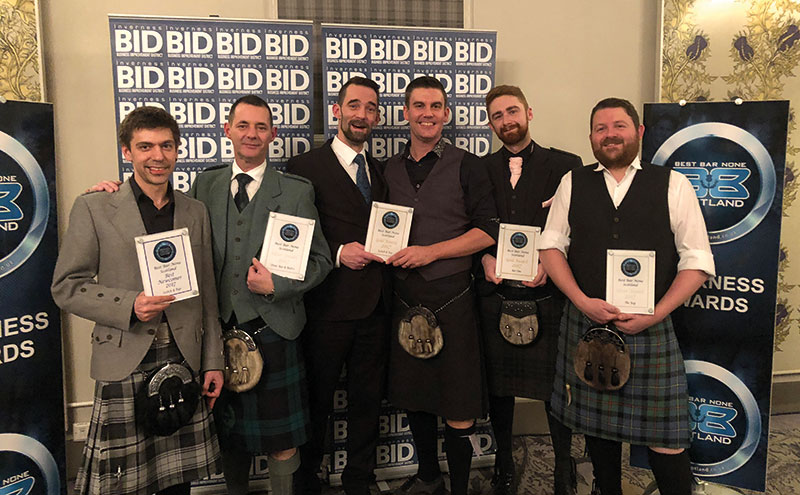 INVERNESS-based bars group Cru Holdings was among those recognised for responsible operating last week when its venues scooped five gongs at the Highland capital’s Best Bar None Awards.

The event, at the Mercure Hotel, saw 22 gongs handed out to licensed trade venues in recognition of their responsible operation and management.